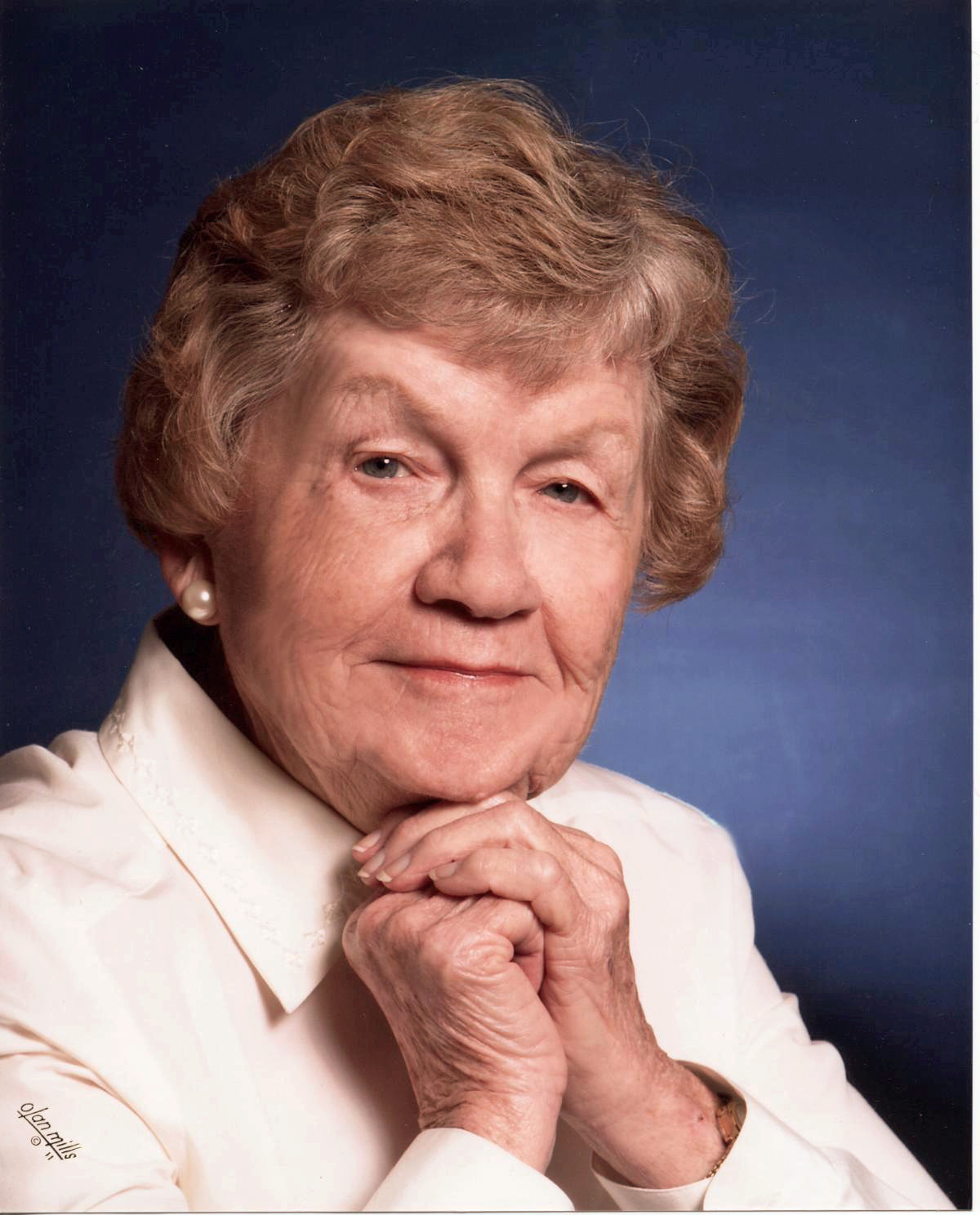 Ruth Schulz peacefully passed away on October 9, 2021, in Mesa, Arizona at the age of 96. Ruth was born in Postville, Iowa on February 27, 1925, to Fred “Fritz” H. J. Thoma, and Emma B. (Plaht) Thoma. After her high school graduation Ruth did secretarial work for several years, before marrying Charles William Doerring on September 12, 1946. They established their home on a farm near his parents’ home in Luana, Iowa. In 1947 an infant son was born to the couple and died the same day. Charles was killed on June 8, 1947, in a tragic accident playing in a baseball game. Ruth married Ernest Michael Schulz of Rockwell City, Iowa on September 26, 1949. They moved to Rock Rapids, Iowa in 1955 and had five children (including twins) by 1960. Ernie worked a few years for the REA (Rural Electric Assoc.) before joining a newly formed engineering firm (DeWild, Grant & Reckert) as a Project Manager in the Communications Department. He oversaw the installation of underground cable in different areas of the Midwest and his work took him many places. In 1963, Ernie and Ruth moved the family to Palmer, Alaska, where they spent one year enjoying the breathtaking scenery, salmon fishing, and rock hunting in the valleys. After their return to Rock Rapids, Ruth worked for the City Utilities for five years, and then 10 years part time as Church Secretary at Peace Lutheran Church. In 2000, Ernie and Ruth moved to Mesa, Arizona, where their oldest son and family live. They enjoyed golfing and visiting with friends until Ernie developed Alzheimer’s Disease and passed away July 12, 2003. Ruth continued her volunteer work at the library and loved tending her abundant pots of beautiful flowers, which she could enjoy the year around, along with the warm weather and bright sunshine in Arizona. She relished visits from her children, grandchildren and great grandchildren.

A Memorial Service will be held on Veteran’s Day 11/11 at 11:00am in the small Fox Chapel at First Presbyterian Church of Mesa, with Inurnment of Ruth and Ernest’s ashes on 11/15 at National Memorial Cemetery of Arizona.