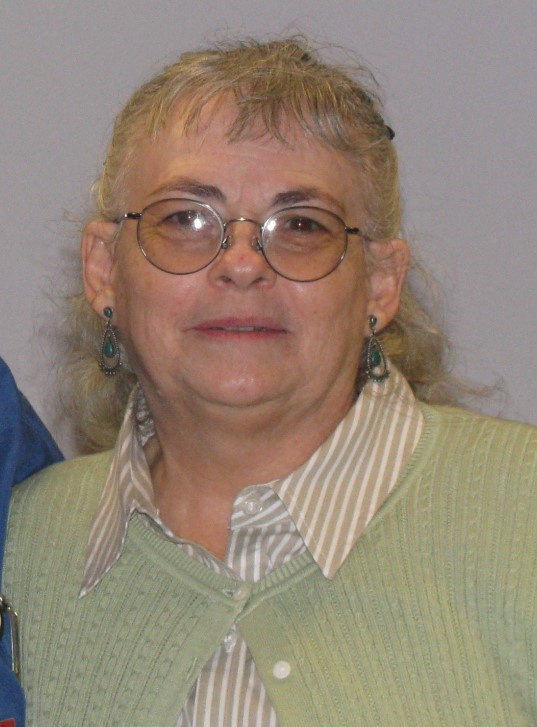 Billie Nadine (Engler) Wallace was born to Iris LoRene Crowley and Ernest Francis Engler on May 3, 1951 in Durango, Colorado.  Her family lived in the “Little House” at Allison, Colorado, adjacent to the “Big House” that Grandpa Paris Engler and Grandma Madeline lived in.

Billie’s family moved several times when she was young and she lived in Farmington, New Mexico; Casper, Wyoming; and Cortez, Colorado. During this time, her siblings Janet, Ron and Dan were born.

When she was six, her parents divorced. The family moved in with her mother’s family. Their house had no indoor plumbing and she remembered trudging to the outhouse and bathing in a galvanized washtub. They hauled water in from the well and boiled it in several teapots so they could have a warm bath. The house had one pot bellied stove to warm it, and she remembers sleeping in the basement under “mountains of quilts” to stay warm.

Money was tight and everyone helped where they could. Billie’s mother worked several jobs and started a laundry service. Billie learned to wash and iron by helping in the laundry service.

During this time her mother dated and married “Daddy Gene” Woodrome. It was from Daddy Gene that Billie learned to play cards, chess, checkers, marbles and jacks. This they did a lot after moving to Wichita, Kansas as the winters were so cold that playing outside wasn’t an option. Billie loved games and could always be found teaching these games to her kids and grandkids, She loved to play just about any game with anyone who would play with her.

Billie’s family moved to Arizona when she was a freshman in high school, and she attended Carl Hayden High School in Phoenix. Her junior year she was awarded an “Upward Bound” scholarship which allowed her to take several classes at Arizona State University the summer before her senior year.

After high school graduation, she attended Arizona State University where she met her husband Brian Edward Wallace at the Institute of Religion. They dated for some time and were sealed in the Mesa, Arizona temple in June of 1972. She graduated with a bachelor’s degree in 1974.

Billie was a hard worker, consistently demonstrated Christ-like service and was loving and accepting of everyone. Brian recalls that she, “never met a child or baby that she didn’t love.”