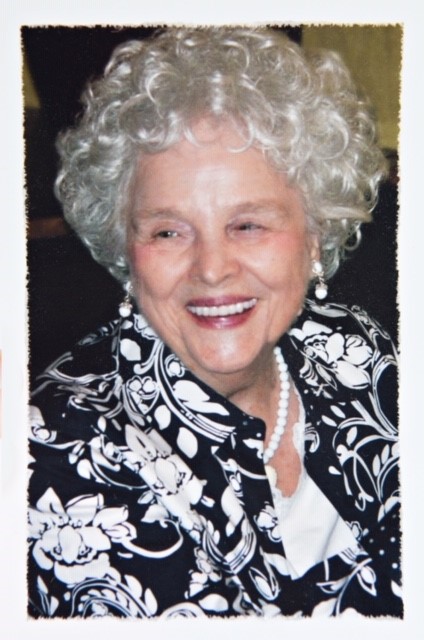 Yvonne JANE Young Robinson was born May 28, 1919 in Vernal, Utah.  She was the daughter of Albert Young and Gertrude Derbidge Young. She was the youngest of eight children. Shortly after she was born, her mother told her older sister Lora, age 10, that Lora would be in charge of this baby. This created a special bond between the two sisters for the rest of their lives. The family moved back to Salt Lake City when Jane was two and they lived there until she was thirteen when they moved to Venice, CA.

At age 15 she and her eventual husband, Ralph Grant Robinson, determined to be married once he finished his church mission. Their marriage occurred in Salt Lake on November 28, 1940. Ralph served in the Army Air Corp throughout the length of WWII. Jane and then their first son, Dave, followed Ralph to the various work stations to which he was assigned. Those included Tucson, AZ, Alamogordo, NM and Madison, WI.

Jane approached all matters in life with a very positive attitude, a smile and a special sweet spirit. She was forever thinking of others and brought joy and inspiration to all that she met. Jane was an absolutely delightful person. She was born happy and blessed others with her cheery and grateful disposition throughout her entire 100-year life.

During Ralph and Jane’s marriage, they lived in the following places after the war: Venice, CA, Reseda, CA, Lakewood, CO, back to Venice, CA, Scottsdale, AZ, Huntsville, AL, Westchester, CA and then permanently back to Tempe, AZ in 1997. While in Tempe, Ralph took assignments for movie studio productions in Florida, New Mexico, Malta and India. Ralph passed away in 1999.

At age 92, Jane started to paint. She finished about 40 oil paintings over a six-year period. These paintings have been distributed to children and grandchildren and are now treasured keepsakes for them.