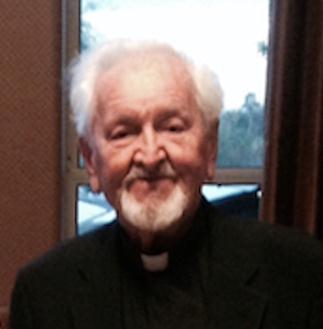 Father Wojciech (Adalbert) Bazarnik rejoined his family and friends in heaven on May 9, 2017.

Born in Poland on December 7, 1929 he learned to overcome difficult circumstances from an early age. As 12-year-old child, he was forced to work in a German munitions factory during the Nazi occupation. After World War II he and his fellow seminarians were forced to work in local coal mines under dangerous conditions by decree of Joseph Stalin. Hardships did not deter Adalbert who kept focused on his goal of serving God as an ordained priest. He completed his religious studies and was ordained after in 1953.

Some of his fondest memories of his early priesthood were of riding his bicycle among towns in the Polish countryside to celebrate mass and provide religion instruction to the faithful. He immigrated in the mid-1980’s to the United States where he subsequently ministered to the needs of Polish speaking congregations in the Archdioceses of Scranton, Chicago and Phoenix.

He became a naturalized United States citizen on August 27, 1999 in Phoenix, Arizona. Father Adalbert deeply loved his native Poland, the United States and humanity. At every turn in his life, including his brief stay in an Assisted Living Home in Phoenix, Adalbert continued to touch people’s hearts. He will be missed by many.