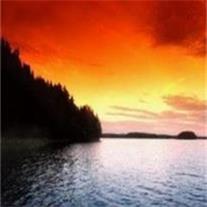 Willie was a friend to everyone and loved to share the gospel of Jesus Christ with friends and strangers. He was an active member of the Church of Jesus Christ of Latter-day Saints and regularly served in different callings in the church.  He loved to help the missionaries.  Also, a highlight of his life was serving a mission at Cove Fort, Utah in 2002 with his wife Barbara.  Keeping up with loved ones and friends was a great joy in his life.

Willie enjoyed hunting and fishing with his kids and grandkids, and also loved a good practical joke. He will be missed by everyone who knew him.

WE ALL LOVE YOU, WILLIE

Funeral services are Friday, November 7, 2014 at 10 AM, preceded by a visitation at 9 AM, at the Church of Jesus Christ of Latter-day Saints, Alta Mesa Ward, 5620 E. Adobe Street, Mesa, Arizona. Arrangements by Bunker’s Garden Chapel.