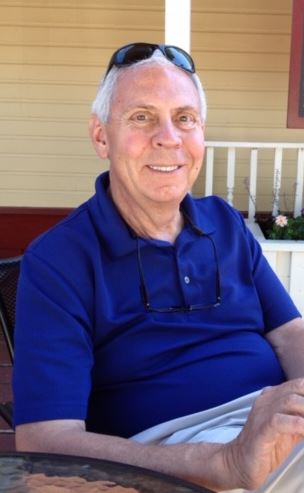 William Dufner, or Bill Dufner as he was known to all, transitioned to his new life on September 29, 2020. He was born in Chicago, Illinois on June 2, 1941 to William John and Mary Rafferty Dufner. Bill spent his early years enjoying the city’s West Side and being a true city kid. Upon graduation from St. Philip Basilica High School, he earned a scholarship to the University of Illinois Champaign-Urbana where he earned his degree in Accounting. He remained an avid Illini fan throughout his life thanks to fond memories as a Manager of the varsity basketball team and the wrestling team, earning his “I” letter. He was a member of Phi Kappa Tau fraternity and served as president his Junior year.

After graduation, Bill began a career in telecommunications by accepting a position with Illinois Bell Telephone as a Management Assistant. His career was interrupted by his time spent serving his country in the Army Reserves. He returned from active duty and married his college sweetheart, Janet Merrifield in Peoria, Illinois. They then embarked on a 9 year journey with Illinois Bell including assignments in Champaign, Springfield, Alton and Sterling. In the course of that time they were blessed with two adopted children, Stephanie Lynn and Matthew E.

In 1972 Bill joined United Telephone of the Northwest in Hood River, Oregon. After one year he was appointed Director of Operations for the states of Oregon and California and he relocated to Redmond in Central Oregon. 3 years later the family returned to Hood River where he was appointed Customer Service Director. The following year they moved to the United Telecom Headquarters in Kansas City where Bill joined UniTel International, a subsidiary that was doing business in the Middle East as Operations Manager. In this assignment he had the opportunity to spend time in both Saudi Arabia and Kuwait developing proposals for telecom projects.

Over the next 23 years he had several assignments within the United family in Kansas City including sales at North Supply Company, process re-engineering at the Corporate Staff level, and Field Team Manager for the state of Kansas as the company evolved into SPRINT. Bill retired from working life in 2001, stating that he always wanted to retire before it was too late to enjoy and while he was still very healthy.

Bill and Janet enjoyed their time in Kansas City and formed many lasting relationships. Lifetime friendships with neighbors in Post Oak Farm, Quivira Highlands and Lake Quivira provided great times throughout their lives. In April, 2006 Janet passed away fighting valiantly against cancer, something she was so passionate about fighting against, with donations to Cancer research. Bill subsequently decided to take some time to determine what he wanted to do with the rest of his life. He sold his house and all the furnishings and moved to an apartment. The following year was a journey in learning, and he was so excited to learn more about Kansas City, and to meet new people. Many of his friends from Lake Quivira were very supportive of this effort.

During the year-long solo adventure Bill reconnected with a former neighbor from Quivira Highlands. Arlene VanderVegt and her late husband Don had lived across the street from them for many of the years they were there. Arlene had lost her husband about 2 years before and she and Bill renewed their friendship over the next 6 months. After that time together it became more apparent to Bill that this friendship was evolving into much more…he asked her to marry him and in October of 2007 they were married at the Unity Church of Overland Park. They were joined by their immediate family in the celebration of this union. Bill and Arlene were determined to make the most of each day of their life together. They enjoyed traveling and sharing time with their children and their many friends throughout the country. Their membership in Unity Church of Overland Park, Ks was a constant source of joy and peace in their lives.

Bill is survived by his wife, Arlene VanderVegt Dufner; children Stephanie Dufner of Phoenix, Az and Matthew & Nikki Dufner and their two children Kellen and Alexandra of Camas, Wa.; Step-children Julie Hansen and her husband Dave Hansen of Tucson, Az,  and Julie’s children Allie Evans and Jerrod Evans and wife Kristyn and their new daughter/ great granddaughter Rian; step-daughter Jayne Engelhardt and husband Chuck Engelhardt and their two children Macy and Austin of Lansing, Ks; and stepson Travis Vander Vegte and his wife Heather Vander Vegte and their children Finn and Jude of Kansas City.

A memorial service will be held this coming February (date TBD) at Unity Church of Mesa, Az. Per Bill’s wishes, his earthly body will be cremated and part of his ashes spread on the Western slope of Mt Hood in Oregon with the remainder sprinkled on the family grave site awaiting his arrival in Peoria, Il.

This part of his journey is completed. He was always looking forward to the next step with great excitement and joy. Bill requested that memorial offerings be directed to either: the Cancer Center at Kansas University Medical Center https://securelb.imodules.com/s/1312/giving/interior.aspx?sid=1312&gid=1&pgid=791&cid=1843&bledit=1&dids=443.493.387.386.1083.375&sort=1&appealcode=WDP

Both organizations were near and dear to Bill and donations can be made in his honor on those pages.