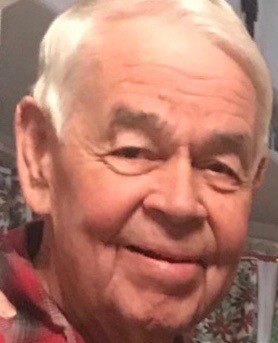 William (Bill) Zane Barnes, 86, of Mesa Arizona was called home on July 4, 2020.  There to meet him was his mother, Mecca Lerline Barnes, his father, Clifford Cleburn Barnes, his brothers, Rudolph Barnes, Tony Barnes and his sister, Sandra Kay Woodard and his son Peter.   There will be a small family graveside service with Military honors at the National Cemetery in Phoenix, AZ on Friday, July 10, 2020.  He is survived by his wife Loretta Carole Barnes, his daughters, Shelia Shumway of Farmington, NM, and Terry Blair of Gilbert, AZ, and his son John Michael Barnes.  His legacy will continue through his 9 Grandchildren, Donald McAdams, Timothy McAdams, Cody Blair, Maria Hancock, Lindsey Blair, Shanlie Blair, Jerad Blair, Leo Blair, and Emily Blair and his 7 Great Grandchildren, with the youngest being born 2 days after his passing.  He is also survived by his siblings; Dottie Sutton, Lottie Morrical, Amelia Sanders, Janet Tharrington, Joan Kirkpatrick, Rita Spiers, Nita Barnes and Jimmy Barnes and his best friend Ray Bertrand.

Bill was born on June 8, 1934 in Commerce Texas. He enlisted in the US Army when he was 18 and loved to tell the tales of that time in his life. He met the love of his life, Carole, in a restaurant in Dallas Texas in 1962 where she was working as a waitress.  They were inseparable from that point on.  Bill had a very happy life.  He was always looking for his next big adventure; some of which took him to places most people only read about.  He went to New Mexico where he worked as a roughneck.  He went to Alaska and Yemen to work in the oil fields.  He was one of the “Original Ice Road Truckers” in Alaska.  The family spent 4 summers working a Gold Mine in Boundary Alaska. He and his wife Carole started several businesses that included Ought-To Trucking Company in Kenai, Alaska, and Hot Foot Frack Water Heating in Bloomfield, NM.  He even tried his hand at cattle ranching in Wolf City, TX for a while.   No adventure seemed out of reach for him.  He was willing to try it all.  He loved to travel, camp and fish and he passed that love on to his grandsons.  He moved to Arizona in 2008 where he made many good friends.  He believed it was his personal responsibility to make everyone around him smile and he was very good at it.

In lieu of flowers, the family requests that donations be made to the American Legion to support Homeless Veterans Programs.