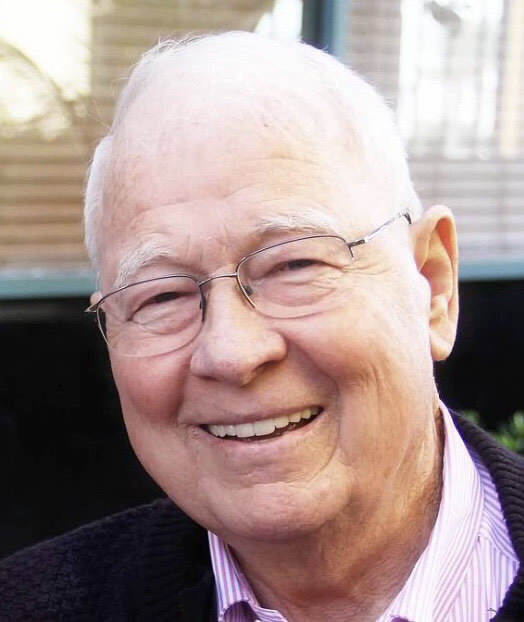 After 77 years of sharing the best of himself with all who knew him, Dr. Wayne G. Thorpe passed away on September 26, 2019, in Gilbert, Arizona. Wayne, or “Doc,” as he was affectionately known to all who had the pleasure of sitting in his dental chair, leaves us with tear-soaked eyes and memories of love and laughter.

Wayne Thorpe was born on February 28, 1942, in Provo, Utah, the second child and first son of Blaine and Edna (Starr). His formative years were spent in Springville and Mapleton, Utah, among aunts, uncles, and cousins from both sides of his family, relationships he cherished throughout his life.

When he was in high school, his parents moved their family to Ames, Iowa, where Wayne developed several life-long friendships and graduated from Ames High School. It was there that Wayne learned to care for animals, a passion that inspired him to pursue a career as a veterinarian.

After high school, Wayne studied at Utah State University, where he earned a bachelor’s degree in Zoology and, more important, met and married his beloved first wife, Loraine (Slade), with whom he would welcome into the world five sons and two daughters, one of whom was deceased at birth.

After both Wayne and Loraine graduated from college, they moved to Chicago, Illinois, where Loraine taught school to support Wayne as he attended dental school at the University of Illinois. Doc worked construction at night and during class breaks to help make ends meet for the young family. Upon earning his D.D.S. degree, Wayne completed his residency in oral and maxillofacial surgery at Cook County Hospital. While in Chicago, Wayne and Loraine enjoyed living close to his parents and the family of his dear younger sister Eileen and her husband Jim.

Upon completion of his residency, Wayne and Loraine moved their growing family to Cheyenne, Wyoming. Wayne provided oral surgery services throughout Wyoming and Nebraska, and Loraine taught school. It was in Cheyenne where Doc began his decades-long commitment to two causes that became very important to him throughout his life. He joined the United States Air Force Reserves, eventually rising to the rank of Major, providing surgery to active-duty members at F.E. Warren Air Force Base and to veterans at the local Veterans Affairs Administration hospital. He held a deep reverence and love for those who served our country, and he inculcated that sentiment in his children. Wayne cherished the ordered liberty that was ensured by our constitutional system and he loved the United States of America.

The second cause to which Wayne began his lifelong dedication in Cheyenne was the Boy Scouts of America, an organization with which he was involved for the remainder of his life. He valued the Boy Scout principles and enjoyed the camaraderie he developed with his fellow Scouting leaders. Wayne believed deeply that it was better to build strong boys through the values of the Scouting program than to mend weak men.

After 10 years in Cheyenne, Wayne and Loraine moved their family to Higley, Arizona, which became their home for the remainder of their lives. In Arizona, Dr. Thorpe practiced oral surgery from his Mesa offices for 30 years, and provided his professional services at hospitals throughout the Phoenix metro area. Despite his disappointment at “only” becoming a dentist and not his once-dreamed vocation of veterinary medicine, Doc chose to live in rural Higley where he could raise animals, drive his tractor, and “farm.” The man sure could make dirt grow!

He also continued to serve in the Air Force Reserves, regularly performing surgeries at Davis Monthan Air Force Base in Tucson. While other dentists spent their “hard-earned” days off on the golf course, Doc spent every Wednesday serving in the Mesa, Arizona, temple of the Church of Jesus Christ of Latter-day Saints –- which he did for 27 years!

While he prided himself on his “efficiency” in pulling teeth –- a “talent” not always appreciated by his patients — Wayne was, at his core, a healer. He dedicated his life to alleviating pain and suffering in others. Every night he would call each of his patients to personally monitor their recovery. He cared intensely for friends and loved ones as they endured health challenges and possessed tremendous compassion for those in need. The Thorpe family dining room table proved to be a suitable surgical center for countless neighbors and friends who needed urgent care. More importantly, Wayne and Loraine created a home where friends gathered to laugh and wounded souls found a welcome respite.

After his beloved Loraine passed away in March 2004, Wayne found hope, then friendship, then love anew when he met and married Jeanne Humphrey. They spent 15 joy-filled years together traveling the world, serving their church in the temples of The Church of Jesus Christ of Latter-day Saints, and spending time with family and loved ones. Jeanne brought out qualities in Wayne that made him a better man, and even helped turn him into a genuine green thumb. She encouraged him to nourish his relationships with his siblings and children — a labor that will forever bless the Thorpe family.

Wayne believed in serving others. He was quick to apologize and to forgive. His was an unmentioned and quiet generosity born out of best efforts to emulate his Savior, Jesus Christ.

As dedicated as Wayne was to healing and helping others, whether physically through his talent as an oral surgeon or spiritually through his dedication to his church congregation and the Scouting program, no one was more dedicated to the healing power of a well-delivered joke. Wherever Doc was, you were sure to find others smiling.

Wayne was preceded in death by his beloved Loraine, as well as his parents, his dear grandson Kolten Thorpe, and his adored younger brother Allen.

Dr. Thorpe is survived by his devoted wife Jeanne; his sister Marilyn (Harris), and her husband Robert; his sister Eileen (Bayer), and her husband Jim; his brother Paul, and his wife Velda; his sister-in-law, Elizabeth; his wonderful daughter Katijean; his sons Gary, David, Mark, Thomas, and Michael; his daughters-in-law Roxanne (Gary), Marci (David), Kate (Mark) and Kathy (Thomas); his stepchildren Jeff Myers, and Julie Goss; and his adored 11 grandsons, eight granddaughters and two great-grandchildren.

In lieu of flowers, please consider donating to the University of Utah, University Hospital Foundation.