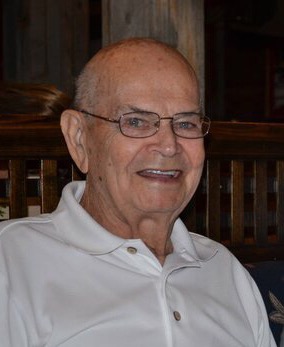 Wayne T. Hill was born March 30, 1923 as the ninth child of Alice Prince Hill and Edward Hill. Wayne passed away December 15, 2016 at the age of 93 in Mesa, Arizona. He was born on a farm in Indiana near a little town called Edgertown, where he lived until joining the army at age 19. Wayne served in Italy during WW2.

After returning home he married Patricia Patrick and had a son named Gaylord Hill. Wayne’s marriage to Patricia later ended in divorce. Wayne then moved to Michigan and met and married Maxine Reynolds. Wayne and Maxine moved to Arizona and had two sons, Thomas Hill and Edward Hill. Wayne and Maxine joined the Church of Jesus Christ of Latter-day Saints on April 3, 1965. They were sealed for time and eternity July 5, 1981. His beloved wife, Maxine passed away in 1984. Wayne then married Annie Shultz. After retiring, Wayne and Annie made it their goal to visit all the LDS temples in the western United States. Following Annie’s passing, Wayne married and was sealed to Jane Ann Alderman on May 25, 2012. Wayne was passionate about serving in the temple, performing work for thousands of deceased individuals over the years. He is survived by his 4th wife, Janie Alderman Hill, sons Thomas (Lisa), Eddie (Charlotte), grandchildren Jon (Darcy), Kelli, Mandi, Jeremy (Linh), Benjamin (Tasha), Jacob, Jessica (Vivek), Joani, Kristi (Mark), Eddie Jr., Timothy (Mayra) and 21 great grandchildren. Wayne is preceded in death by his prior wives Maxine and Annie, his parents, 8 siblings, his son Gaylord and his infant granddaughter Bethany.

Services for Wayne T. Hill will be held on Wed, Dec 21st at the Church of Jesus Christ of Latter-Day Saints chapel located at 2835 E. Des Moines, Mesa AZ 85213 (Lindsay Road, north of University). There will be a viewing at 6pm followed by a funeral service at 7pm. All are welcome and invited to attend. Wayne will be laid to rest at the National Cemetery in Phoenix, Arizona.