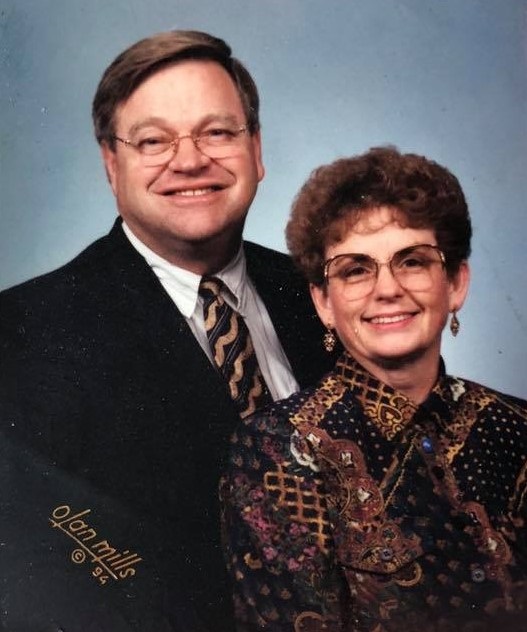 Wayne was the oldest son of Eddie Charles and Verna Bushman Lewis. He served a short time in the Army and then served a Mission for the Church of Jesus Christ of Latter-day Saints covering Virginia and North Carolina. Upon his return, Wayne and Maren were married in the Mesa Arizona Temple on January 25th, 1963, beginning an amazing union and raised a large family of 12 children. The two were inseparable until her death on December 2nd, 2012.

He was a pursuer of education receiving his BA in political science in 1969 and his Masters degree in history in 1981, both at Brigham Young University (BYU). His master’s thesis identified the names of over 6,700 members of the Church of Jesus Christ of Latter-day Saints who had lived in the state of Missouri during the 1830s, also identifying the property owned by these early saints.

Wayne’s work took him and his family to many places including Oregon, Kansas, Missouri, Utah, and Arizona, providing great adventures along the way.  He taught seminary in Mesa and Snowflake, Arizona, and also taught classes in the College of Religion Education at BYU.  He worked for the Presiding Bishopric’s Office in the department of LDS Philanthropies for twenty years and assisted in the financing of various projects of the Church and BYU. He also assisted in some of the priority needs of the College of Religion, BYU Sports, and the Ezra Taft Benson Agricultural Institute, and served as Assistant Dean in the College of Biology and Agriculture at BYU.

He served in multiple Bishoprics and as Bishop of a BYU YSA Ward and most recently as the Stake Patriarch for the Desert Ridge Stake in Mesa Arizona for almost 10 years.

Wayne was a recognized historian on the Church’s history in Missouri and authored, co-authored, and published several books on the subject.  His love for the Prophet Joseph Smith led to a collection of over five hundred books that took him over 45 years to obtain. He used these to create the first reference encyclopedia about the Prophet.

Although he was very successful in his work, it was his wife and children that brought him the greatest joy.  His family has been very blessed and honored to be raised and loved by this gentle giant of a man.  He loved his children, grandchildren, and extended family with all he had.  He passed on the love of God, country, and family.  Wayne also loved and passed on an admiration for Christopher Columbus, family history and BYU sports.

A time to visit with the family will be on Friday, November 23rd, from 6-8 PM at Bunker’s University Chapel, 3526 East University, Mesa and 9-10 AM on Saturday, November 24th at the Desert Ridge Stake Center, 3440 South Signal Butte, Mesa. The funeral will follow at 10 AM. Interment in City of Mesa Cemetery.