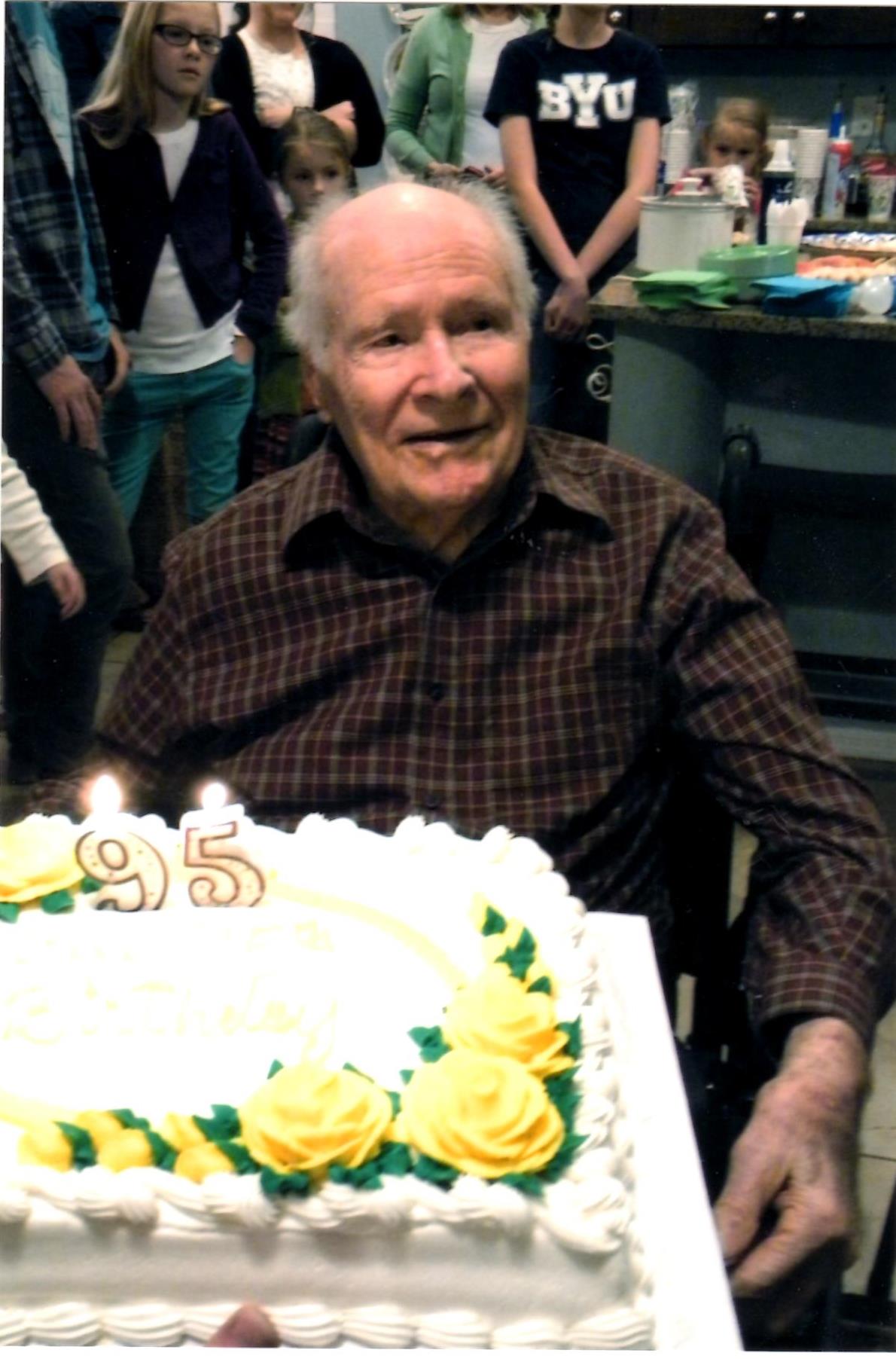 Wayne H Mecham passed away at the age of 97 on May 17, 2016, in Mesa, Arizona. He was born on December 9, 1918 in Mountain Home, Utah. As a young man, he fulfilled a mission for The Church of Jesus Christ of Latter-day Saints in the North Central States mission. He served in the U.S. Army and was a World War II Veteran.

He married Geneva Seamons on Dec. 29, 1942. They had been married for 54 years at the time of her death in 1997 and there is no doubt that they had a joyous reunion upon Wayne’s passing.

He was a successful dairy farmer in Hunt, Idaho. In 1956, the family moved to Glendale, AZ, where Wayne became an auto dealer with his brother. This was his profession until retiring in 1984.

Wayne had a sense of civic duty. He was active in the political process and involved in his community. Wayne was especially known for his service in The Church of Jesus Christ of Latter-day Saints. He held many positions, including bishop and stake president. Among his many fine characteristics, he was noted for his integrity, service, generosity, patriotism, devotion to family, work ethic and leadership qualities. He was a strong force for righteousness.

Services will be Saturday, May 21st at the LDS chapel located at 5250 W. Thunderbird Road, Glendale, AZ. Public viewing will be at 9:30 AM and the funeral will begin at 10:30 AM. Interment will be at Greenwood Memory Lawn Cemetery, 2300 W Van Buren St, Phoenix, AZ.