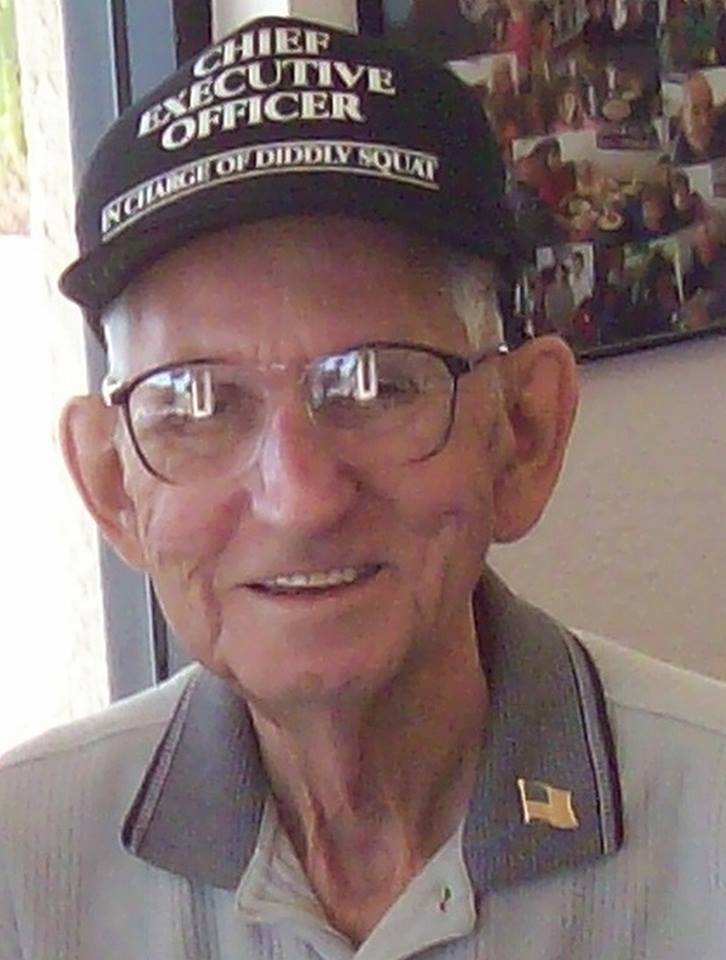 Wayne Aura Stone, born Jan 30, 1923, passed away peacefully on Sept 24, 2014 in Mesa, Arizona. He was born to George & Essie Stone in Titusville, PA. He was preceded in death by his 9 siblings and wife of 48 years, Edith Ann (Lamey).  After graduating high school Wayne enlisted in the Army where he attained the rank of Sergeant in the 222 3rd Censorship Detachment.  After his discharge he worked at Erie Builders Supply, Metropolitan Life Insurance and retired from the carpentry shop at Hamot Medical Center in Erie, PA.  Wayne moved to Mesa, AZ in 1991 where he has made his home ever since.  He is survived by his daughter & son-in-law, Sherry & James Carter of Kennesaw GA; and son & daughter-in-law, Tom & Debbie Stone of Chandler AZ.  Also surviving are 6 grandchildren who thought the world of Pops – Brian Carter (Ive), Kelly Quattlebaum (Frank), Stephanie Cozby (Brad), Anne Sullivan (Jason), Michele Jones (Jake) and Michael Stone; 7 great grandchildren – Aleah Carter, Brittany Carter, Jonathan Wilson, Kayla Sullivan, Noah Sullivan, Sarah Sullivan & Asher Jones; plus 1 great, great granddaughter, Addison.

Wayne had a charm about him along with a quick wit which endeared him to many he would meet. His favorite meeting place was the 19th Donut Hole in Mesa, AZ where he would be most every morning, solving the world’s problems with his fellow comrades. He enjoyed doing nice things for people but did not want to be a bother to anyone himself.  He often worked crossword puzzles, jigsaw puzzles, reading and watching sports on TV.  He did not like to hike and was not a fussy eater.

Visitation will be at Bunker’s Garden Chapel, 33 Centennial Way in Mesa AZ 85201 on Wednesday evening, OCT 1st, from 6:00-8:00pm. A graveside service will be held at National Memorial Cemetery of Arizona, 23029 N Cave Creek Road in Phoenix AZ 85204 on Thursday morning, OCT 2nd, at 10:00am sharp, where a Color Guard ceremony will promptly take place honoring Wayne’s military service followed by a short reflection & prayer. In lieu of flowers, donations to Hospice of Arizona are suggested – 1132 S Oakland, Mesa, AZ 85206.