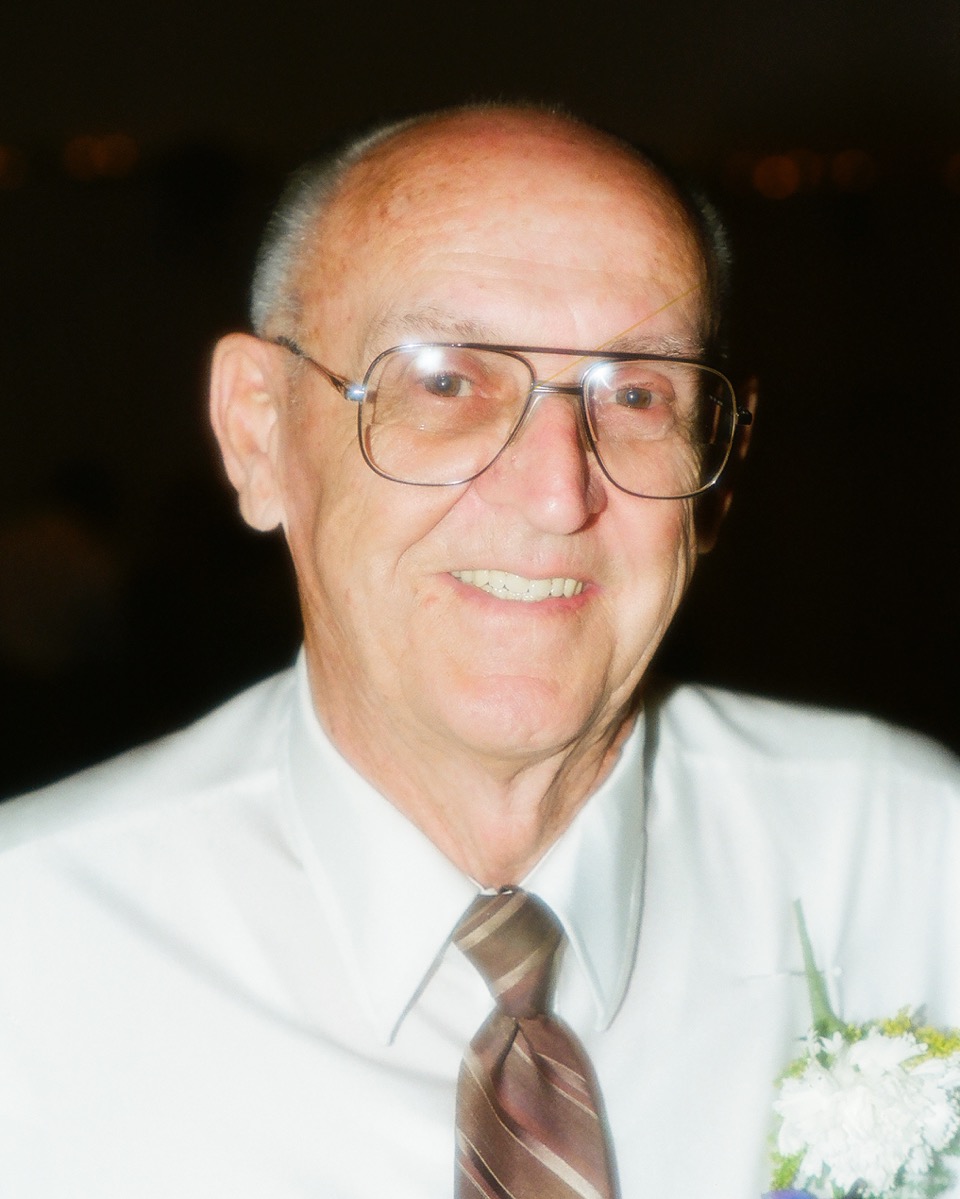 Warren Clyde Jensen, 95 passed away on Tuesday, April 26, 2016 in Mesa, Arizona.  He was born to Fredrick Young Jensen Jr. and Madora LaVerna Rogerson on April 16, 1921 in Monticello, Utah. He married Gloria McAllister on September 5, 1941.  They had been dating since they were 14 years old.

In 1944 he was drafted into the U.S. Army during World War II and was shipped to the Philippines where he served as an infantryman.  Upon returning he took advantage of the G.I. bill to get a degree in Physical Education from BYU and then later got a Masters degree in Education from ASU. They moved to Mesa after graduating from Brigham Young University in 1949 to take a teaching position as a seventh and eight grade math teacher at Mesa Junior High. They had two children, Sandra born June 6, 1942, and Warren Clyde Jr. born August 9, 1943.

He taught at Franklin Elementary for several years and then transferred to Mesa Junior High the first year it opened. At Mesa Junior High he taught math, science, and the boys sports teams. He taught there until he retired.  He enjoyed many hobbies including leather tooling, silver jewelry making, printing of photographs, and later knitting of baby booties and caps which he donated to hospitals. He was a friend to all.

He participated in many church callings at his ward in The Church of Jesus Christ of Latter-day Saints and loved to serve. He was preceded in death by his wife, Gloria and his son, Warren.