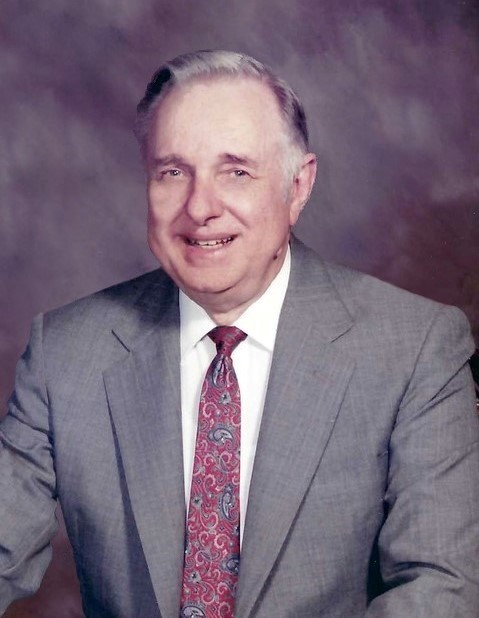 Wallace R. Booth was born on July 7, 1930 in Columbus, Georgia to Lattie Mae and Jeffie Booth.  He loved his family, he loved his church, and he loved See’s candy.  He might have dropped his southern accent but he always was the ultimate southern gentleman.  He loved to welcome guests to his home and always had a cool drink and treat waiting. Always a hard worker he started working at the age of eight delivering groceries to help support his widowed mother.

Wally served in the US navy during the Korean War where he was stationed in Honolulu, Hawaii.  In the Navy he formed lifelong friendships and one of the highlights of his life was being able to host the Pearl City reunion every April at the Lion House in Salt Lake City.  He was grateful for the GI bill which gave him the opportunity to attend BYU and earn an accounting degree.

On September 13, 1956 he married Joan in the Salt Lake City temple.  They were married for over 50 years and she was the love of his life.  After her death in 2007 he lovingly talked the about the day he would eat lunch with her again.  Wally and Joan raised their three children in Mesa, AZ.  He was a CPA working for Arthur Young when there were only 3 accountants in the office.  He served in bishoprics, high councils, and wherever he was needed.

In 1985 Wally and Joan were able to move back to Atlanta, Georgia so he could take a job with Home Depot in their corporate office.  He enjoyed being back in Georgia and giving his children and grandchildren what he affectionately called “the roots tour”.  While in Georgia he was called to be a sealer in the Atlanta Georgia LDS temple where he was able to serve alongside childhood friends and siblings.

Wally was very generous. Church leaders always knew that they could contact him when someone needed help. At Christmas his See’s candy order to friends and family was over 8 pages long.  When asked how he made it made it to 90 years old he said, “The secret is to eat lots of Ding Dongs, they contain preservatives.”

Due to the pandemic a graveside for immediate family only will be held.