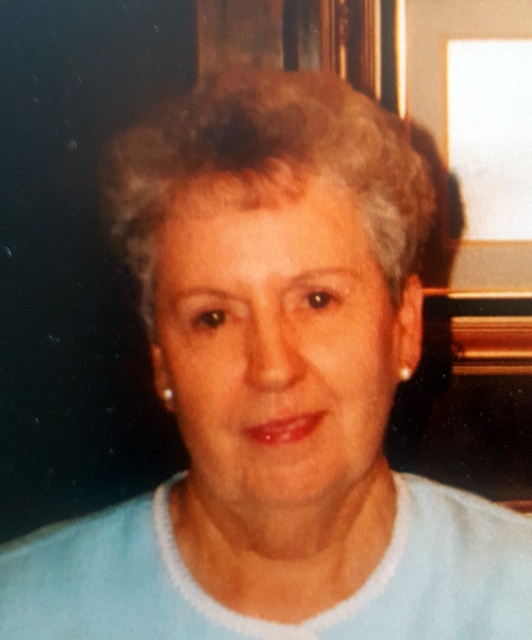 On Tuesday, April 1st, 2020, Vivian Kelly Dredge, loving wife and mother of five children, passed away at the age of 90 at Living Legacy Care Center in Mesa, AZ.

Vivian was born on October 16, 1929 in Idaho Falls, Idaho to Warren Snow Tew and Vera Hill Tew. She was the 8th of 9 children. A large part of Vivian’s childhood was during the depression era, but she was blessed to live on a farm in Shelley, Idaho where she found great contentment living with her large family whom she loved dearly. She was especially close to her younger sister Inez and people often thought they were twins. They remained best friends throughout their lives.

Vivian attended Stanton School, a two-room schoolhouse, where she had wonderful teachers and received a good education. Vivian loved to read and often read above her age level.

On December 2nd, 1950, Vivian married Joseph Mulliner Kelly, her high school sweetheart. They farmed and ranched in Blackfoot, Idaho until 1963 when they moved to Las Vegas, NV. They eventually moved to Bakersfield, CA in 1967 and Mesa, AZ in 1973. They raised 5 children: Marsha, Julia, Carol, David and Laura.

In December of 1981 Vivian suffered a great loss when Joseph passed away suddenly at age 51. Many challenges and blessings came to Vivian during this time. She attended Mesa Community College and received an Associate Degree in General Studies in 1982. She achieved her real estate license in 1989. She worked as a real estate agent for several years.

Vivian’s sisters Reba and Inez were very supportive during this time. They spent time in each other’s homes and embarked on wonderful traveling adventures together including Tonga, Hawaii, New England and the Holy Land.

In May of 1997, Vivian’s sister Inez was suffering with renal failure, and she needed a kidney donor. Vivian, a perfect match, lovingly and willingly gave her kidney to her almost twin sister. They were the oldest patients that had ever been approved for a kidney transplant in the Salt Lake City hospital.

Three weeks later, May 24, 1997, Vivian and Roy Dredge from Goshen, Idaho, were married. They lived in Star Valley, Wyoming and Washington, Utah. They served a Member Location Mission for the Church of Jesus Christ of Latter-day Saints from 2001-2003. In 2008, Roy passed away from complications following a stroke. Vivian has always expressed gratitude for Roy’s fine qualities and the wonderful years they enjoyed together.

Vivian was an active member of The Church of Jesus Christ of Latter-day Saints, serving throughout her life in various positions including primary presidency member, primary chorister, music director and ordinance worker in the Mesa, AZ Temple.

Vivian had a love for music and had a beautiful singing voice. She was a wonderful homemaker, seamstress and cook.  She is known for her kind and compassionate spirit and her love of Jesus Christ. Vivian was a farm girl at heart and always longed to be there once again.

Vivian is loved by all who knew her, and she will be dearly missed.

She was preceded in death by her first husband, Joseph Mulliner Kelly; her 2nd husband, Roy Dredge; a grandson Joseph McLaws; a great-grandson Hunter Wells; four sisters; and four brothers.

Burial will be in the Mesa City Cemetery.