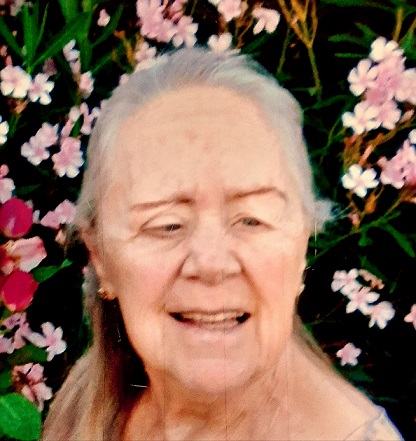 Virginia “Jinny” Wilhelm was born February  21, 1940, in Duluth, MN, to Elizabeth “Bessie” and Urban Olsen. She worked at Lutsen Ski Resort north of Duluth as a teenager. Jinny moved to Pasadena, California, with one of her friends in 1964 and worked as an administrative assistant at Xerox and then for a plastic manufacturer. In the evenings, she sold tickets at The Ice House, a venue for up-and-coming musicians. It was there in 1965 that she met the love of her life, Richard “Dick” Wilhelm. They were married at Blessed Sacrament Catholic Church in Toledo, May 7, 1966. They remained in Ohio where Jinny became  a secretary at Budweiser Brewery and then a waitress at Holiday Inn.  Jinny also volunteered as a Girl Scout leader. In 1972, their daughter was born, followed by two sons in 1976 and 1980. Jinny was an active mom and volunteer for the many years that followed. The family lived in Ohio until 1977, then moved to Texas. From there the family moved about every two years as Dick’s work building oil refineries took them around the country from California to New Jersey and New Mexico. Finally, they landed for good in Arizona, where Jinny worked at Thorobred Chevrolet as a receptionist for 7 years. In the evenings, she also worked part-time at Sears. Eventually she moved to full-time and spent 22 years there until she retired in 2005. Retirement for Jinny did not mean slowing down. She very much enjoyed time with her grandkids at home, on outings and at the cabin she and Dick own in Overgaard, AZ. Jinny passed away in her sleep on August 28, 2020, from complications of Parkinson’s Disease and cancer. She is survived by her three children, Eric Jon Wilhelm (Robyn Wilhelm), Ryan Wilhelm (Carlota Wilhelm) and Gina Grewal (N.Paul Grewal, and 7 grandchildren: Ian Wilhelm, Ivy Wilhelm, Rand Wilhelm, Fidelia Wilhelm, Maxwell Grewal, Ruby Grewal and Ashton Grewal.