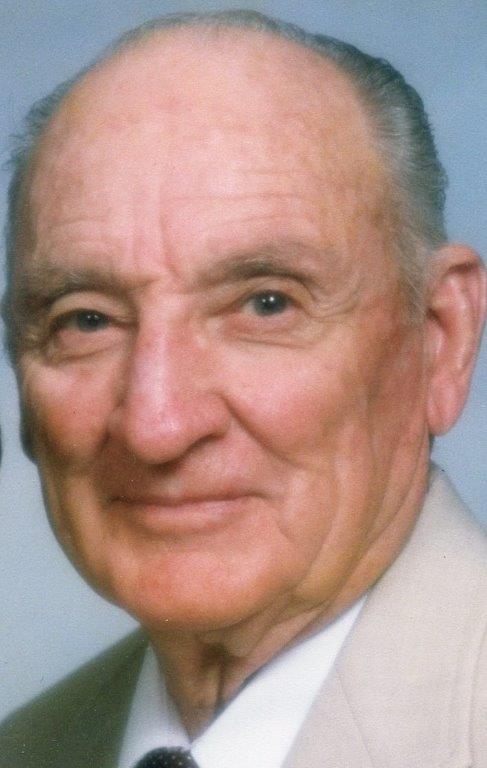 Virgil Kermit Roberts was born on December 13, 1923 to David B. Roberts and Hazel Comer Roberts in Lehi, Utah.  He passed away in his sleep on Thursday, November 24, 2016.  He was within 19 days of his 93rd birthday.  He married Edith Vivian Richan of American Fork, Utah on June 5, 1942, a day after they both graduated from high school.  Virgil worked at Union Pacific in Salt Lake City for a month and then he and Edith ventured to Southern California where he worked on the DC-3 production line at the Douglas Aircraft Company.  As World War II heated up, Virgil with Edith’s support, enlisted in the Air Force to train as a pilot.  Virgil trained in a variety of training centers over the next year, most of the time Edith resided with him in military housing.  The bombing of Hiroshima and Nagasaki ended the War just as Virgil was ready to graduate as an Air Force Officer.  Virgil was given two choices, graduate and receive his Officer’s commission or receive a discharge from the Air Force.  Exercising their joint agency, they elected “Discharge” and traveled back to Lehi to their family and friends without the threat of further war fare.

In 1964, he and Ede moved to the Mesa, Arizona area, to find a climate that would be better for Edith’s health.  He started “Roberts’ Builders and evolved from a mason to a builder.  In 1979, he turned Roberts’ Builders over to his son, Dennis and son-in-law, Mike Dubois.  He and Ede then started on a second career working for the LDS Temples & Special Projects as the owner’s construction supervisor.  He and Ede supervised the construction of the 1980 Winter Olympics Visitor Center at Lake Placid New York.  This assignment was followed by the Bishops Store House in Snowflake, Arizona, the Welfare Center and Grain Silos in Mesa, a shopping center and Ware house in Phoenix.  He was then assigned to the Construction Department as the Owners Representative for the construction of the Dallas and Chicago Temples.  They then served as missionaries assigned to the Cambodians living in Florida.  He and Ede became temple workers in the Mesa Temple and served for 20 years.

Virgil is survived by his wife of 74 years, Edith Vivian Richan. They are survived by their six children:  Dennis Roberts (Vicky); Christine Finlinson (Fred); JoAnne Dubois (Michael); Elane Palmer (Rick); William David Roberts (Wendy); and Kelly Dale Roberts (Marci).  Their posterity includes, 6 children, 6 spouses, 28 grandchildren, 75 great-grandchildren and 3 great-great- grandchildren.  A viewing for family and friends will be held Friday evening from 6 to 8 pm at Bunker’s University Chapel, 3529 East University Drive, Mesa, Arizona 85213.  The funeral will be held at 2:00 pm on Saturday, December 3, 2016 at the LDS Chapel located at 1550 North Val Vista, Mesa, Arizona.  A viewing will be held at the Chapel on Saturday, starting at 1:00 pm.    A brief service will be held in Lehi, Utah December 10, 2016 at the Wing Mortuary in Lehi.  Interment will be at the Lehi, Utah Cemetery on Saturday, December 10, 2016.  Special thanks are due to the “care-givers” at the Legacy Care Center in Mesa, Arizona.