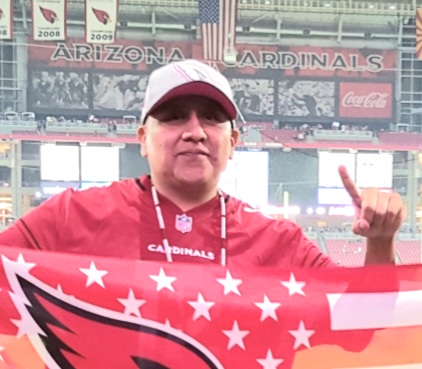 Vince was born on June 16,1979 in Shiprock New Mexico into the Bit’ahnni (under His Cover) Clan, Navajo Tribe, born for the Akimel O’odham (Pima) Tribe. Vince graduated from Westwood High School, Mesa, Az.

Vince enjoyed sports, attending the games with family. He was an Arizona Cardinal fan, Boston Red Sox fan and his biggest team was the Los Angeles Lakers, players Magic & Kobe, which he loved since he was a young boy. He enjoyed listening to music. He loved spending time with his grandchildren and his family.

The Blackwater Family appreciates all the love, thoughts and prayers received from everyone.