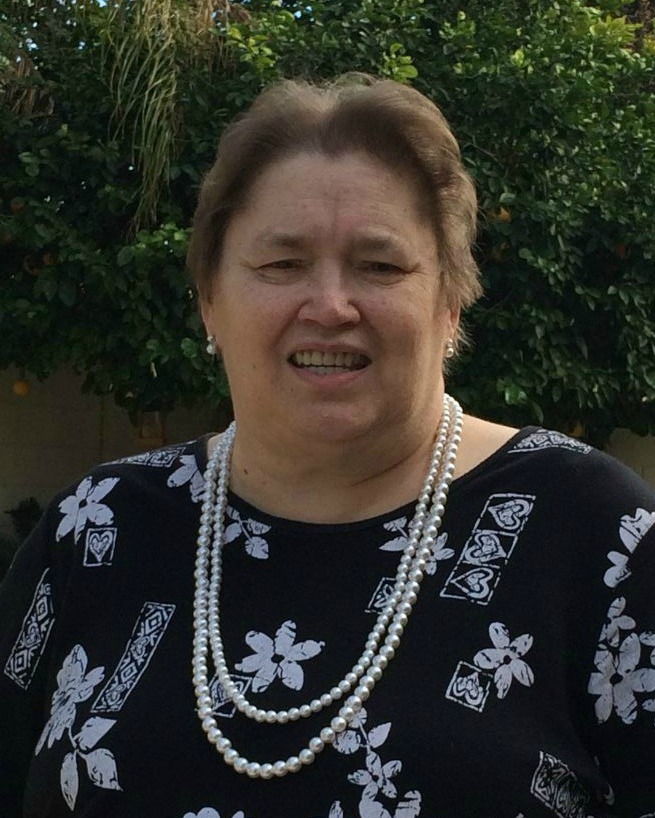 She was born February 26, 1949 in San Antonio Texas to Grace Elizabeth (Warner) and Carl Vernon Jewell.  She is the second of four children and their only daughter.

She was married to James Earl Giguiere on June 20, 1970.  They were sealed for Time and All Eternity in the Oakland California LDS Temple.

She is preceded in death by her parents Carl and Grace, her father-in-law William Hawkins Giguiere, and her grandson Charles Aaron Giguiere.

A visitation will be held Wednesday, October 19, 2016 from 6-8 PM, at Bunker’s Garden Chapel, 33 N. Centennial Way, Mesa, AZ. Funeral services will be Thursday, October 20, 2016 at 10 AM, preceded by a visitation at 9 AM, at The Church of Jesus Christ of Latter-day Saints, Ray 2nd Ward, 1115 E. Ray Road, Chandler, Arizona. A processional and graveside service will follow at 1 PM.  Interment will be at National Memorial Cemetery of Arizona, 23029 N. Cave Creek Rd., Phoenix, AZ.