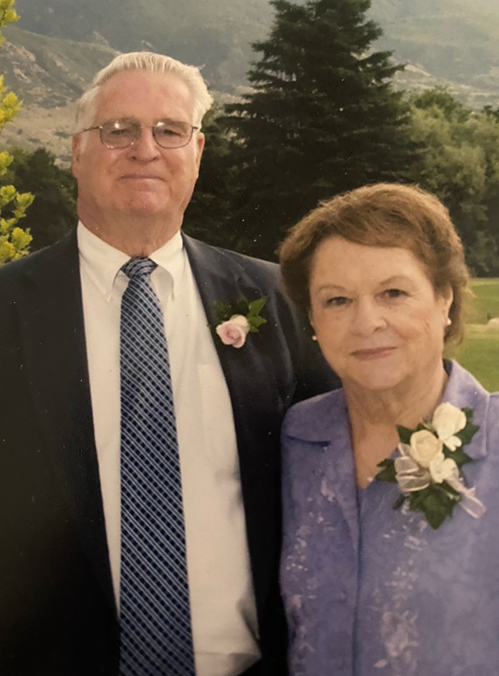 Vern Lewis Horton of Mesa, Arizona passed away December 6, 2021 at the age of 87. Vern was born in Phoenix, Arizona on April 23, 1934. Throughout his life, Vern believed in the value of hard work. He had his first job when he was around 7 years old operating the score board at the local softball field for 25 cents per game. When he was older, he graduated to selling peanuts, chewing gum and soda pop in the grandstands. From an early age he also spent each summer milking cows, driving tractors, chopping cotton and running irrigation on his sister Alice’s farm in south Phoenix. That is where Vern learned to drive and to love working on cars.

In 1948 the family moved to Prescott, Arizona, where he helped his father build their new house. As he attended high school he found that his favorite class was shop class. All through high school he also worked half a day at a feed store and a lumber yard. When he was about 14, his father had helped him to buy his first car, a 1932 Ford Model A. That car came in especially handy during his junior year of high school. Vern was invited to hike Thumb Butte with a group of classmates and there he met Sherrol Fuller, a girl Vern knew he wanted to impress. Since very few young men had their own cars in 1951, offering her a ride to school during their senior year did the trick. Vern and Sherrol started dating and Vern began to attend church with Sherrol and her family. In 1952 he was baptized and became a member of the Church of Jesus Christ of Latter-Day Saints. That same year, Vern and Sherrol graduated from Prescott High School.

After graduation Sherrol moved to Mesa with her family and Vern followed. He lived with his sister Alice on her farm and worked for her husband Ted until he got a job as a roustabout working on powerlines for Arizona Public Service. Vern and Sherrol were married on January 2, 1953 and had three sons, Michael, Gregory and Rickie.

With his love for caring for cars and trucks and working on engines, Vern helped countless people with repairs. He also loved racing, and in 1960 he traveled to Indianapolis to watch his nephew Wayne Weiler compete in the Indy 500.

Vern continued to work for APS for 38 years. During his career, he drove a semi-truck hauling loads that included power poles and transformers from Page to Nogales and from Yuma to the Four Corners Power Plant in Farmington, New Mexico. In 1973 he accepted a position as the Superintendent of Hauling and Warehousing for Northern Arizona and moved his family to Flagstaff. They lived there for six years before moving back to Phoenix where Vern continued to work as a superintendent for APS. He retired in 1991.

In 1993 Vern and Sherrol accepted a call to serve in the Calgary Alberta Canada mission for 18 months. Vern also served in three Bishoprics. He showed his faith by working with his hands to help anyone in need. When something needed to be done, he was always the first to arrive and the last to leave. Vern and Sherrol moved to Mesa in 2001, where Vern’s three-car garage was always well-loved and tidy with everything in its place. Each Summer he and Sherrol loved to visit national parks and their children and grandchildren. Together they traveled all over the western United States and Canada. Vern would pull his fifth-wheel into every campsite ready to meet his neighbors and always left knowing their stories and having helped fix anything that needed fixing.

Vern was the kind of man who loved with his whole heart. He loved his grandchildren and spent hours wrestling and tickling rowdy grandkids and letting them climb up in the cab and pretend to drive his beloved truck, Ol’ Blue. He worried and prayed daily over his loved ones who were traveling or in harm’s way. He took pride in everything he owned and every job he did, always grateful for what he had been given and generous in sharing it with others. He was always most proud to tell people about his three sons, 18 grandchildren and 53 great-grandchildren. When saying goodbye to his family he would always ask if they needed anything, adding “If we don’t got it, we’ll get it.”

Vern is preceded in death by his parents, Oliver David and (Adah) Marie Holbrook Horton. He is survived by his wife Sherrol and his sons Michael Vern (Mary), Gregory Thomas (Robyn) and Rickie Lewis (Christy), and his grandchildren and great grandchildren.

We invite all who knew and loved Vern to come celebrate his life with us. Funeral services will be held on Friday, December 17th at 11:00 am at the Church of Jesus Christ of Latter-Day Saints building at 532 S Greenfield Rd, Mesa, AZ 85206. Visitation will precede the funeral at 10:00 am and interment will be at the Mesa Cemetery following the funeral.

The service can also be streamed live at: https://www.youtube.com/channel/UCWwkbRM4y1mppq_uUziDP7A