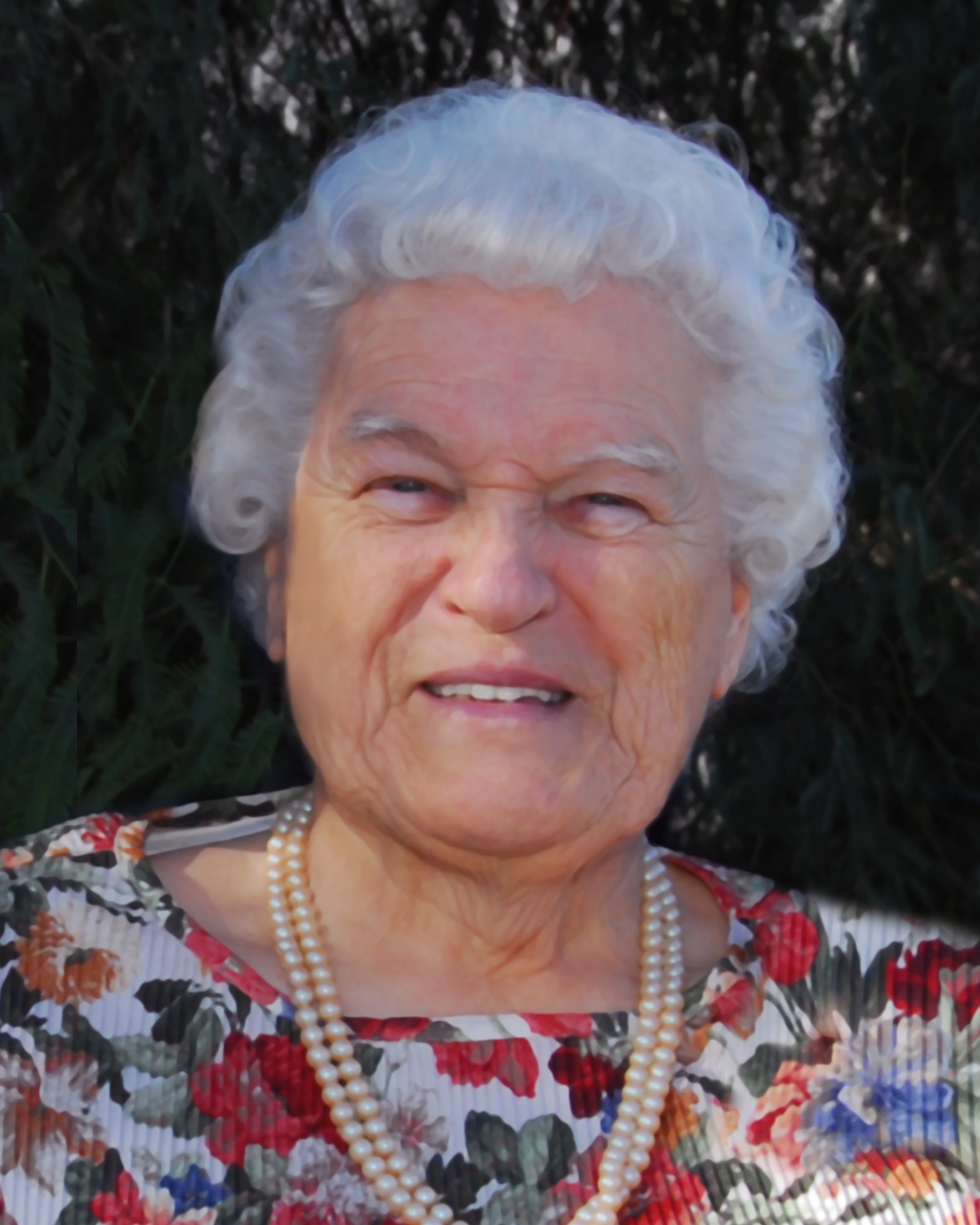 Velma Carolyn (“Bonnie”) Sheldon was born August 20, 1927, to Carroll B. and Grace Lucille (Overpack) Shuster and passed away October 30, 2015.  She spent her life in the Henderson, Elsie, and Owosso, Michigan areas and in Mesa, Arizona.  She attended Rush Center Elementary School and graduated from Elsie High School in 1944 and from Mesa Community College in 1976.

On Dec. 7, 1946, Bonnie married Jack LaVerne Sheldon, Sr., and together they celebrated 64 years of marriage. She was devoted to activities for the youth including service as a 4-H Club leader. She served as the Youth Director and Executive Director of the YWCA in Owosso.  With her husband, Bonnie received an award from the State of Michigan for their service to youth.  She taught homemaking skills for the Shiawassee County Extension Service.  She also served on the staff of the Arizona State Library and Archives and on the staff of Arizona State University Library.  Bonnie was known for her sewing, gardening, cooking, canning, rug hooking and other artistic endeavors.  She enjoyed her book, doll, and other collections.  Bonnie was always busy and she never stopped learning and living.  She was known for being kind and caring and funny and for making people feel special. Bonnie was known for dancing with Grampy and playing on the floor with her grandkids.  She was known for speaking up and being adventurous.  She loved traveling with her family and she was never afraid of something new.  She had so many projects yet to do and plans with family and friends for the coming years.  We will all miss her.

The family is also planning a memorial service for Bonnie to be held in Michigan during the summer of 2016.