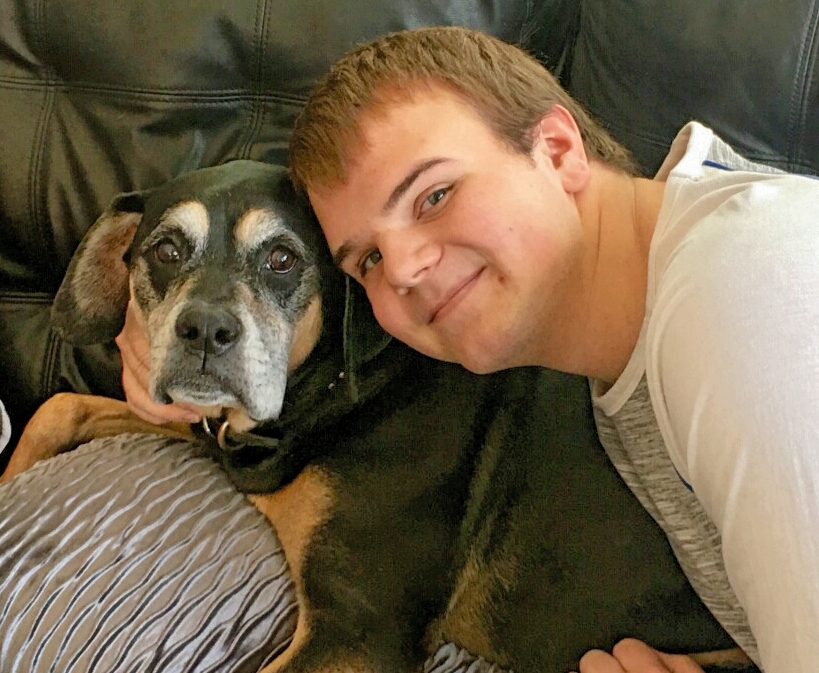 It is with great sadness and heavy hearts that we communicate the death of our beautiful son, brother, grandson, nephew and cousin Ty Mullins, 21, on July 1st, 2018 at his home in Mesa, Arizona.

Ty was born April 14th, 1997 in Spokane, WA, 16 months younger than his sister and best friend, Hannah.  The family relocated to Beaverton, OR, then to Concord, CA prior to settling in Gilbert, AZ in 2005.  Ty attended Val Vista Lakes Elementary, Highland Jr and Sr High and EVIT Law Enforcement, graduating in 2016. After a short stint in the Navy, Ty moved to Tucson, AZ where he lived with his sister and her boyfriend, Alec, until moving to Mesa where he was working at Bass Pro Shops prior to beginning training as a 9-1-1 Dispatcher.

Ty had a huge heart and gave the biggest and best bear hugs.  He was a truly caring and extremely intelligent young man. An avid reader, Ty was rarely not engrossed in a book although he could be persuaded to play games, watch movies and even occasionally help with yard work.  He loved his dogs, Oreo, Lug, Midge and Ollie. Ty was engaging, amiable and so easy to be around that he was able to hide his internal struggles from those who loved him.  He used his incredibly witty sense of humor to deflect attention and no one suspected his intent.

In lieu of flowers, the family asks that all donations be given to the Ty Mullins’ Memorial Fund at the American Foundation for Suicide Prevention. http://afsp.donordrive.com/campaign/TyMullinsMemorialFund