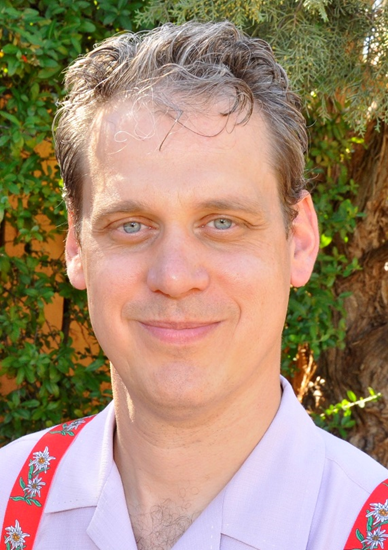 He was known by his names Tor, Christian, and his nickname “Bodhi.” He grew up in Elm Grove, WI. He was active in a variety of sports in his youth, from football, wrestling, and ice hockey, to Taekwondo, downhill-skiing and hiking. He enjoyed running races, with his “marathoner” father who passed away, last year.

In 1990, Tor Christian graduated from Brookfield Central HS and he earned his BA degree in Oriental Philosophy from Arizona State University in 1998.

For many years, Tor Christian was a successful Sales Executive for Homeopathic (natural plant based) pharmaceutical companies: Guna, Inc., and Heel Inc. where he was ranked #2 in sales performance.

On February 24, 2003, he married Sug Ja Ko, an immigrant from Inchoen, South Korea, who came to Albuquerque, New Mexico, USA, along with her siblings, to pursue the “American Dream” as restaurant owners. Tor Christian was an integral participant in running the family restaurant, The Korean BBQ/Sushi and Sake.

In 2008, Tor Christian enrolled in The Southwest Acupuncture College in Albuquerque, New Mexico. He graduated in 2012, in order to become a doctor in Oriental Medicine, as an acupuncturist. Tor Christian lived a “diverse” spiritual life that was of the utmost importance to him. He also was well-rounded in Chinese medical theory and philosophy, energetic nutrition and herbal healing modalities. He was certified in homeopathic medication use from the Society of Homotoxicology.

In 2014, Tor Christian and Sug Ja relocated to Chandler, AZ to purchase an Asian Restaurant, called the Tokyo House and to live closer to his mother, after the loss of his father.He had goals to pursue his path and dream to become a Doctor of Chinese Medicine and was planning on starting his acupuncture practice in the near future. He was a “gifted healer” who wanted to share his special abilities with those who needed them.

Survivors include his wife of 12 years, Sug Ja (Ko) Stobbe; her parents, Jae Jun Ko and Hyo Soon Lee, who live in Inchoen, South Korea; Sug Ja’s sisters, Tea Yean Ko and Jane DH (Ko) Melzweiler and her brother, Jin Sok Ko (Jiwon Kim). He is also survived by his mother, LeeAnn Stobbe; his siblings, Eric Stobbe, Christina (James) Carpentier and Kai Stobbe (Diana); his nephew, Keegan, and his nieces, Kailee, Alexxis, and Angela and by Gretchen (his mom’s beloved dog). He was preceded in death by his, father, Knud Christian Stobbe, MD.

Tor Christian Stobbe was beloved by his wife and family and the many peoples’ lives he touched, with his kindness, his sense of humor and his generosity of spirit. He will be missed, immensely.

Here is a quote that describes how Tor Christian “Bodhi” Stobbe lived his life:

“It is not the critic who counts: not the man who points out how the strong man stumbles, or where the doer of deeds could have done them better.The credit belongs to the man who is actually in the arena, whose face is marred by dust and sweat and blood who strives valiantly…who at the best knows in the end through triumph of high achievement, and who at the worst, if he “falters”, at least “falters” while daring greatly.” ~ Theodore Roosesvelt 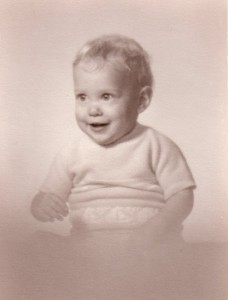 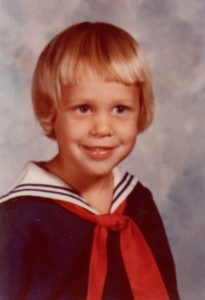 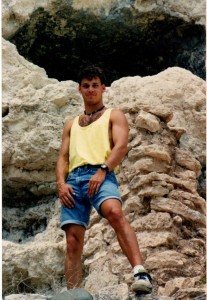 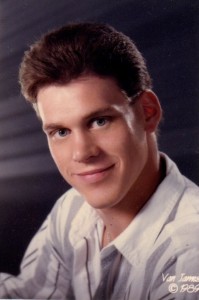 Handsome 18 year old off to college at Arizona State University. 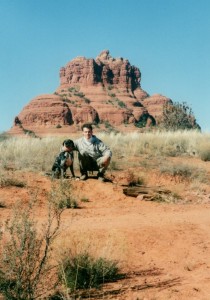 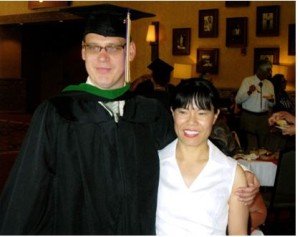 Graduated from Southwest Acupuncture College~ in 2012