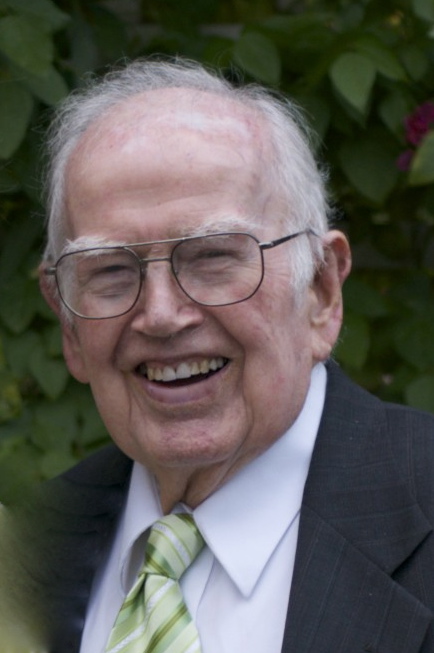 Thomas E. Wright of Mesa, Arizona passed away peacefully on November 4, 2014 at age 94. Tom was born in St. David, Arizona on January 31, 1920, the sixth child of Lorenzo and Theresa Hope Goodman Wright. The family established a home in Mesa where Tom lived most of his life. He was preceded in death by his parents and all his siblings; Beatrice Judd, Harold, Margaret DeWitt, Bassett, Bill, Jack and LaVaughn; two grandsons Preston and Nathan Smith and his eternal sweetheart and wife Georga Marie Kleinman Wright. He is survived by his adoring posterity, children Thomas George Wright (Marilyn), Linda Wright Smith (Edward) and Gary Lorenzo Wright (Marlene); 19 grandchildren and their spouses; and 58 great-grandchildren.

To know Tom was to love him and to be loved. By profession he was a grocer in the family business, Wrights’ Markets. By practice he was a Latter-day Saint, serving a mission in the Northwestern States and in various callings. By nature he was a friend and servant to all. He served his country in the U.S. Air Force during WW II. He served his family, neighbors, friends and strangers. Although small in stature, Tom was a “Giant among men”, an honorable man without guile who will be greatly missed.

Visitation will be Friday, November 14 from 6-8 PM. Funeral services will be Saturday, November 15 at 10 AM with visitation an hour prior. Both will be held at the LDS Beverly Ward Building, 1054 W. 2nd Place in Mesa.