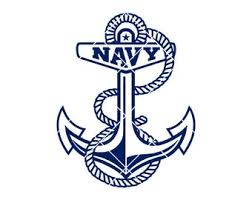 Thomas was proceeded in death by his parents, his sister’s, Evelyn and Virginia and niece Cheryl. Thomas is survived by his loving wife Lois, his four children, Michael, Luanne, Marlin, and Amy, eleven grandchildren, and ten great grandchildren.

The Faw family moved to Charlo, Montana where Thomas graduated from high school in 1956. He later joined the Navy from Spokane, Washington to gain an education in electronics which became his lifetime career. In December 1957 he met his future bride while on leave. Thomas married Lois Anderson on August 2, 1958. Their first home was in Alameda, California. He was then transferred to Miramar Naval Air Station to be an instructor in Airplane Technician Electronics. His last two years in the Navy were spent teaching Aviation Electronics, including Radar Systems on F8U fighter jets in San Diego, California. While there they started their family. Thomas was discharged in 1963. The family moved to Greeley, Colorado for a year, and their second child was born there. Thomas was employed by US West, which was the first telephone company! This move began a career in this field for 37 years. The Faw family moved to Helena, Montana for the next 20 years, where their last two children were born. Thomas and Lois moved to Tucson, Arizona where he then retired.

Thomas cared deeply for his family, and spent his retirement traveling in a motor home visiting family and friends. Thomas loved life though and suffered 40 long years with a debilitating lung disease. His strong faith sustained him through his trials of life, with many family and friends by his side.