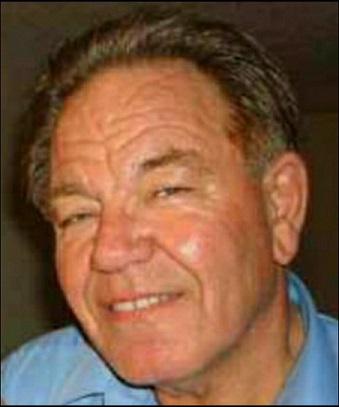 Thomas Edward Depue was born on July 2, 1949 in Klamath Falls, Klamath County, Oregon.  He was the third of five children raised by Ivan Dale Depue and Wanda Moulton.  He passed away in Tempe, AZ on May 28, 2020.  Thomas is survived by his wife Michelle Depue, and seven of their eight children:  Maren Depue, Jenna Depue, Brett (Rachel) Depue, Kendra (Matt) Tiero, Lindsey Unger, Emily (Chase) Bennett and Jensen Depue.  He is survived by all of his siblings including Gayla (Glen) Rhorbacker, Terry Alt, Larry (Coleen) Depue, and Dale (Dave) Shaw.  He is also survived by in-laws Diana (Wayne) Washer and Linda Marshall.  His remaining living family members include his six grandchildren, nine nephews, seven nieces, and their spouses and children.  Tom is preceded in death by his parents; Ivan and Wanda, a son; Seth Depue, brother-in-laws; Joe Alt and Scott Marshall, and two nieces; Denise Alt and Lori Depue.

Tom grew up in a rural community where he received an excellent education.  He graduated from Henley High School.  He went on to attend the three major colleges in Oregon, graduating from Oregon State University in Corvallis, OR with a Bachelor’s degree in Forestry Engineering.  Tom’s first job as a teen was loading baled hay onto trucks for local farmers.  During college he worked for the railway replacing spikes.  After finishing college, he worked in sawmills, forests, and eventually transitioned into Civil Engineering when he worked for the City of Anchorage, AK.  The majority of his career took place as a Public Works Inspector for the City of Fairfield in Solano County, CA, retiring in 2014.

Tom’s love of Family History began to evolve soon after his oldest daughter became paralyzed.  He began to dig into his family history and discovered our ancestors immigrated from France and were good hard-working people who had stood up for honorable values for centuries.  These qualities became even more evident in Tom’s life as he cared for his paralyzed daughter for 25 years, continued to remain a steady provider for his large family, and was faithful to his wife for 50 years.

Blessed with an amazing memory, for years Tom could remember the first and last names of friends in various states he had lived in and visited.  He also loved to recount historical stories from American history with his favorite topic being the role the North played in the Civil War.  In his early 20’s he memorized the names of trees for his career as a Forestry Engineer and as of February 2020 we could still go to a park and he could name all the scientific names of all the trees we encountered.

Swimming was another hobby Tom enjoyed along with collecting coins.  Many people over the years have received coins or a $2 bill as a token of love or appreciation from Tom.   During his life Tom also served as a faithful member of The Church of Jesus Christ of Latter-day Saints.  He served in his High Priest Quorum and held the office of High Priest within the Melchizedek Priesthood.

His decline began during the COVID-19 Pandemic, and we were unable to visit him in the hospital.  Thankfully, he was released to hospice for the last few days of his life and family was able to visit him there.  The cause of death was unknown and considered a medical mystery.  A public viewing will be held from 6 – 8 pm at Bunker Family Funerals & Cremation.  Address:  33 N. Centennial Way, Mesa, AZ 85201.

The next day, June 3, 2020 his funeral will also be held at Bunker Family Funerals & Cremation, but we ask that only family attend due to the current health and safety restrictions in effect.   Tom’s request was to be buried where he died, and so he will be buried at Queen of Heaven Catholic Cemetery in Mesa, AZ.  Address:  1562 E. Baseline Rd., Mesa, AZ 85204.

A memorial will be held in Dixon, CA on July 2, 2020 (his birthday) to honor his memory.   Address to be posted at a later date.  Please contact the family directly for any financial donations.  Flowers may be delivered to the Funeral Home or to the Cemetery per your preference.

In his last days dad kept saying to us “I’m the nicest I’ve ever been” but those who knew him best, knew that he always strived to be the kindest man through all the ups and downs of life.  We love you Tommy, Thomas, Tom!!!  You’re in our hearts forever.