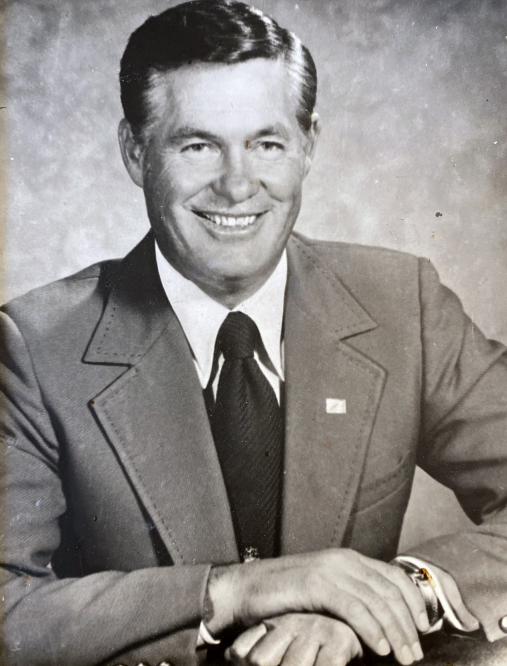 Theo J Heap, 95, passed away peacefully at his home in Mesa, Arizona on Sunday, December 12, 2021, surrounded by his loving wife and children. Theo was a great historian and completed his own personal history entitled, “The Life and Times of Theo J Heap” in which he wrote of his four loves. His first love was his immediate family consisting of his beautiful wife, Gloria, his four children and grandchildren. His Second love was the Gospel of Jesus Christ. His Third love was Public Service, and his fourth love was the love he had for the United States of America.

Theo was born in St. Johns, Arizona on October 10, 1926, 2nd of 6 children born to Leona Wilkins and Parley J Heap. His parents and grandparents were ranchers and farmers, which provided a setting for a young boy to learn hard work and develop characteristics that would prepare him to become a successful husband, father, grandfather, educator, and disciple of Jesus Christ throughout his life.  During WWII, Theo served in the United States Air Force and was stationed in Italy.  Following his military service, Theo attended ASU where he played Basketball and met the love of his life, Gloria Davis.

Theo and Gloria were married May 24, 1950. After receiving his degrees in Education from Arizona State College, he taught school in St. Johns AZ, Scottsdale High School and Coronado High School.  His first love was coaching basketball and other sports. After his early teaching experience  he was hired at Mesa Community College to serve as Dean of Students and Athletic Director. He then became the President of Mesa Community College. He loved working one on one with the students and helping them receive their college education.

His leadership and love for athletics provided opportunities for him to serve as President of the National Junior College Athletic Association for twenty years.  That opportunity lead for him to serve on the United States Olympic Committee for 28 years.  He served on the Olympic committee as the Chairman of the education committee and the World University Games committee.

He served in many capacities in his community and in the Church of Jesus Christ of Latter-Day Saints. He served as Elders Quorum President, Bishop of the Alma 8th Ward, High Council, Stake Young Men’s President, Stake Mission President, faithful home teacher along with many other civic positions. A member of the Mesa Baseline Rotary Club and Rotary International, and served on the NCAA Football and Basketball Rules committees and the National High School Federation Rules Committees.

Theo is preceded in death by his daughter, Julie Martinsen and his granddaughters’ Nora Johnson and Holly Heap.