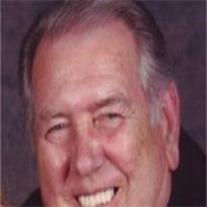 Terry Wayne Cope passed away January 15, 2013 at his home in Mesa, Arizona. He was born in Rapid City, SD on July 17, 1948 to Vernon and Ila June (Small) Cope. He fought his fight with cancer his way – naturally – and touched many lives with his different approach. He did it his way, with dignity and courage. He was blessed with a year of accomplishments, blessings, memories and one in which he touched many lives.

He attended school in Rapid City. He served honorably in the U S Navy Submarine Service from 1968 until 1974.

On December 7, 1968 he married Claudia Tschetter in Rapid City. They loved and enjoyed their 7 children and the time they spent at home or traveling with them. Family and home were the heart of Terry’s world. Every day with Terry was a delight when he found a way to make you laugh or smile and made you feel like you were the most important person in his world.

He loved being with his family, teaching them the gospel and inspiring their dreams. He loved wood working, which inspired his life-long occupations, building homes and the construction business. Terry sold and erected steel buildings – he has one in every state in the continent. He passed on the love of building to his sons.

Terry’s perspective on life and problem solving was a gift that he was able to use throughout his life. He always thought “outside the box