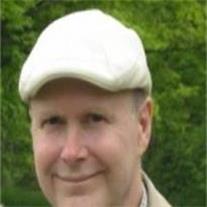 Terry Alan Alvord, 57, passed away May 31, 2012 at his home in Gilbert, Arizona after a long and valiant battle with cancer. His greatest joys in life were his family and serving the Lord. He will be deeply missed by his wife, Maud, his children Jared (Merilie) Johnson, Christie (Tony) Goodman, Peter (Anne) Johnson, Melissa (Steve) Solomon, and his ten grandchildren (plus one on the way). He is survived by two older siblings: Peggy (Dale) Calnon and John Alvord. Funeral services will be held at the LDS Church at 4629 East Guadalupe Road in Gilbert on Tuesday, June 5, 2012 at 11 AM, preceded by a visitation at 9:30 AM. Arrangements entrusted to Bunker’s Garden Chapel.