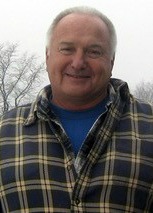 Tanner Albert Barton, 64, passed away at his home in Apache Junction on Tuesday, April 4, 2017. He was born January 26, 1953 in Salt Lake City, Utah to Harmon Albert Barton and Lillian Reneer. He was raised on a farm in Kaysville, Utah.

The family moved to Mesa, Arizona in 1956 and Tanner attended Lehi Elementary, Kino Jr. High and graduated from Westwood High School in 1971. He was a member of the Church of Jesus Christ of Latter-day Saints Ironwood Ward in Apache Junction. He served a mission to Frankfurt, Germany from 1973 to 1975.  Tanner attended Mesa Jr. College and became a member of the Mesa Fire Department where he served for many years.

He was preceded in death by his parents: Harmon and Lillian Barton and his brother, Gordon Conway Barton. He is survived by brothers and a sister: Noel R. Barton (Pam), Farmington, Utah; H. Keith Barton, Mesa, Arizona; Denise Hagen (Jack), Arcadia, California; and Jon Stephen (Elizabeth) Mesa, Arizona; and many nieces and nephews.