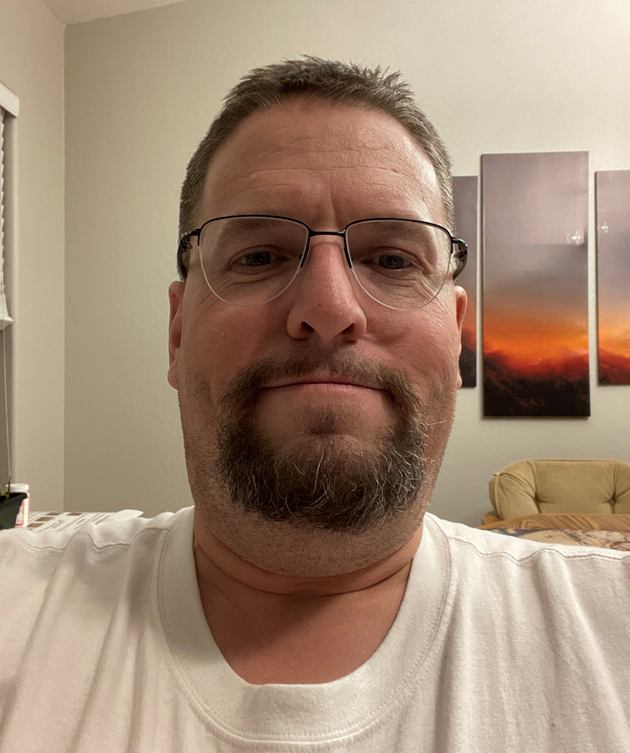 It is with peace in our hearts that we acknowledge the passing of Steven Paul Mitchell from this life into the loving arms of his Savior. Steve will long be remembered for many reasons.

Steve was born in Lincoln, Nebraska, on the Fourth of July, 1971, to Robert and Doris Mitchell. He surrendered his life to the Lord Jesus Christ at an early age and lived an exemplary life. He lived with his parents and his sister until college days. In high school he was involved for several years as a dramatic actor on the Back to the Bible Youth Radio Program, then heard around the world.

Steve was a member of Indian Hills Community Church in Lincoln and was active in the high school and college groups, excelling in leadership and in technical matters. He was part of the team that refurbished an older fraternity building for the Indian Hills Alpha Omega ministry outreach on the University campus, and he lived for a time in the updated building. He was a 1994 graduate of the University of Nebraska–Lincoln, with a BA in English—British Literature.

At Indian Hills Church Steven met Melanie Bode, a daughter of Mike and Penny Bode, and they were married there March 14, 1999. They honeymooned here in the Valley of the Sun, thanks to a gracious employer and friend. In 2000 Steve and Mel started a new chapter in their lives by moving to Phoenix and later to Mesa and then to Queen Creek. Both have held responsible positions, Steve for more than 20 years, with Insight Enterprises, headquartered in Tempe.

Their love for Jesus was very evident, and wanting to raise up another generation for God, they welcomed McKenna into their family almost 15 years ago.

Here in the Valley, they have been involved with church activities, including audio engineering and small groups at Redemption Church Gateway.

Steve wanted his life to be about Jesus and about introducing others to the Good News that Jesus Christ died on a cross to pay the penalty for their sins, that if by faith they would trust in Him, their sins could be forgiven and they could spend eternity in heaven with God. If Steve were here right now, he would want you to know that God loved the world—that is each one of us—so much that He sent His one and only Son to die for us so whoever believes in Him would have everlasting life. This is the message of the Bible’s Gospel of John, chapter 3, verse 16. This was the truth that guided Steve’s life, and he wants it to guide your life as well.

On Friday, February 25, 2022, at Banner Heart Hospital, Steve succumbed to his illnesses—Hodgkin’s Lymphoma, a stem cell transplant with complications, blood clots, and ultimately, diseased lungs that could no longer support his life. That afternoon his weeping family tenderly released him into the loving arms of his Savior, the Lord Jesus Christ. “Absent from the body, present with the Lord” (see 2 Corinthians 5:8).

Celebration of Life Service will be held on March 4, 2022 at 2:00pm at Redemption Gateway Church at 8635 E Pecos Rd in Mesa AZ The service will be streaming on the link below.