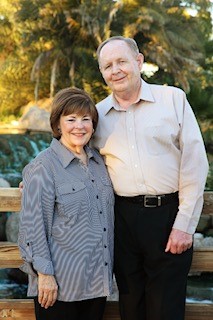 Steven Lloyd Black passed away peacefully on September 21, 2020 in Mesa, Arizona. He was born on August 8, 1947 in Salt Lake City, Utah to George and Kathryn Black. He grew up in Salt Lake City, attended Granite High School, and then went to Southern Utah College in Cedar City, Utah.

After a year of college, he received a phone call from his bishop that would change the direction of his life. Steve was offered a slot to serve a mission for The Church of Jesus Christ of Latter-day Saints versus go into the military and serve in the Vietnam War. Steve thought a mission sounded better than war, but he did not want to go anywhere near Asia. Three days later he received his mission call to the “Southern Far East Mission”. The headquarters were in Hong Kong. Steve served for 2½ years and spent the majority of his time in the Philippines. He later reflected that serving a mission was one of the best things he did.

After his mission, he attended BYU in Provo, Utah. It was there that he met the love of his life – Linda Walker. They were in the same family home evening group. After knowing each other for about a year, Steve helped Linda find an apartment to live in while she did her student teaching in Salt Lake City. It was conveniently located across the street from his family. He went to basic training and Linda got to know his family. When Steve got home, they went on their first date. After two dates, he knew he wanted to be with Linda forever and he asked her to marry him.

They were married in the Manti Temple on May 28, 1971. They have five children; Sarah (John) Skabelund, Jennifer (Don) Sharp, Kathryn Black, Steven (Jessica) Black, and Lindsay (Trevor) Florence. They have 19 grandchildren and 5 great-grandchildren. Family meant everything to both of them.

Steve had several jobs throughout his life. During high school he worked at the local drive-in theater. He recalls with fondness how many times he had seen certain movies and knew all of the lines. After his mission, he got into the trades and did cement work and eventually began to build homes with his dad and brother. They had several subdivisions in Utah.

In 1983, Steve’s work led their family to move to Tempe, Arizona where he continued to be a home builder. Steve worked as much as his body would allow him to.

Over the years, Steve was in several accidents. He also had health issues that prevented him from being able to do everything he wanted. After adding up all of the medical bills from one accident it was announced that Steve was literally the “million dollar man” with all of the new parts he had been given.

Steve loved movies, especially Westerns. He believed he could fix just about anything, from homes to cars. He taught all of his children how to change the oil, brake pads, and other parts on cars as well. He had a generous heart and was very giving to those that needed help.

Steve had a great sense of humor and loved to sing silly songs that his children and grandchildren thought he had made up. He loved spoiling his grandchildren with treats any chance he could. His grandma told him that if you were eating candy, you could not cry at the same time. He took that motto to heart and always had candy, or a treat nearby.

Steve was preceded in death by his wife, Linda, and his parents. He is survived by his children, grandchildren, great-grandchildren, and his siblings Lester Black, Rebecca Farnsworth, and Laurie Hardy.