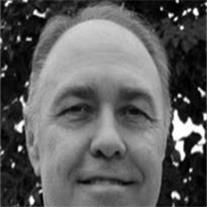 Steven Elmer Hall passed away at his home in Gilbert, AZ on February 26, 2013. He was born in Downey, ID on November 9, 1950 to Dee and Wilma Harrison Hall. Steve attended Mesa Jr. High and graduated from Mesa High in 1968, where he excelled in sports and was MHS’s quarterback his senior year. He also made All-State in football and basketball. Steve went on to attend MCC where he was a nationally ranked punter. He set passing and punting records in the Shrine Bowl. He received scholarships to Tulsa OK and Utah State and attended both universities. He married his high school sweetheart, Pamela Moore, on November 26, 1971. They settled in Mesa, AZ where Steve was a partner in Trojan Concrete for many years. He is a member of the LDS church. He has served in many positions in the church, and was a member of two ward bishoprics. He is survived by his wife, Pamela, and 5 children; Justin, Jaime, Cami, Amanda and Brookelyn, as well as ten grandchildren. His siblings are Sherry Fletcher, Sandy Bigelow, Jerry Hall, and Debbie Bromley. Steve has a very generous heart and loved his wife and family dearly. He will be greatly missed. We love you Papa!