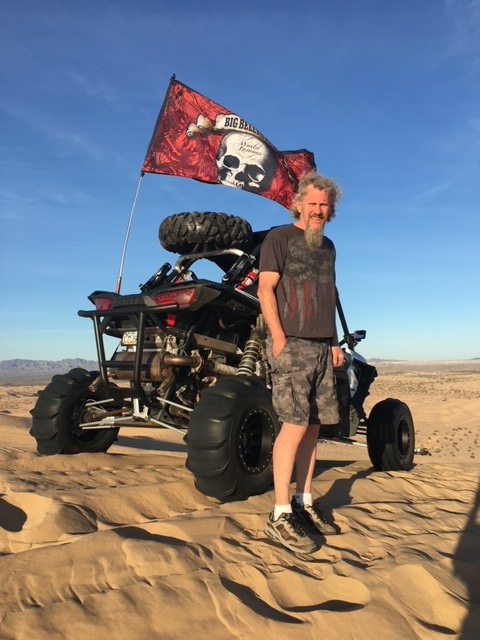 Steven Bryan Sorensen, 58 of Gilbert, Arizona passed unexpectedly on July 26th,2021, his absence has left a hole in the hearts of his family and friends. Steve was born in Tacoma, Washington. He was raised in Seattle and had a passion for anything with a motor. This influenced his decision to attend the Motorcycle Mechanics Institute in Arizona, where he realized he needed to be in the sunshine and get out of the rain. Steve worked at RideNow Powersports for twenty years, building a loyal customer base who would request that he be the only one to work on their equipment. He loved camping and exploring trails in his rzr with his wife and friends. He especially enjoyed those moments with his Dad. He showed his love for his friends by always being available to help them with their mechanical needs, he was a very giving person. He just missed the birth of his grandson by ten days, something he was very excited about. He is survived by his
wife Debbie, stepdaughter Katie Peyton (Brian), grandson Joshua, Mother Susan Potemkin, Father Gary Sorensen, Sister Juliann Sorensen (Ken), Brother Nikolay (Paulyne) many nieces and nephews and of course we must include the fur babies Lzzy, Holly and Magee. A Celebration of Life will be held in October.

In lieu of flowers please make a donation to a local Pet Rescue in Steve’s honor.