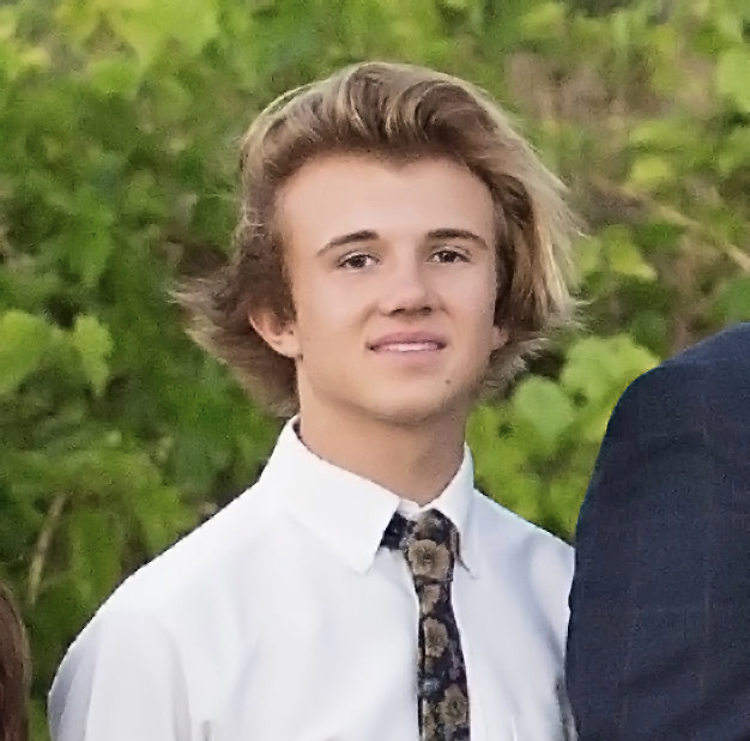 Stephen “Luke” Knight passed away after a tragic car accident leaving school on February 7, 2020 in Gilbert, Arizona.  Luke was born on December 31, 2002 in Ogden, Utah.  It is only fitting that he would come to earth on the biggest party night of the year, New Year’s Eve!  Though his life was cut much too short, he lived more in his seventeen years than most of us do in a lifetime. To Luke, life was an amazing adventure, meant to be explored and enjoyed.

We knew from the very beginning that Luke would have an unbreakable bond with his older brother Kohl, who was two years older.  Even as a baby, Luke went to Kohl in laughter and in tears, reaching out for his toddler brother to hold him, or play with him.  The two brothers were quite different with Kohl being a bit more reserved in their surroundings, and Luke eager to try anything.

When Luke was two years old, he moved with his mother and brother to Queen Creek, Arizona, where he lived the remainder of his life.  In his early years, he loved music, which became a life-long pleasure.  He sang and danced to the top of his lungs.  He listened to music whenever possible. If he wasn’t listening to music, or singing, he was softly humming.  In fact, there was rarely a time when Luke wasn’t humming to himself.  He also delighted in dressing up in costumes; transforming from one character to another, from one hour to the next.  His treasure was an old trunk, stuffed full of Super Hero, Cowboy, and Pirate costumes.  To his loved ones, Luke without costume, will always be remembered as our “Pooky Bear”.  As he grew older, his “costumes” became his trendy “fits”.  His sense of style frequently starting the latest fad.

When it comes to interests, the list is never ending. Luke enjoyed drawing, photography, baseball, football, snowboarding, wake boarding, frisbee throwing, and skateboarding, just to name a few.  He tried to master whatever, and wherever his anxious mind led him.  Luke’s tenacity was unequaled.  He researched and practiced over and over again to the point of being accomplished in many areas.  What would appear to be an exhausting amount of physical exertion to some, was pure joy to Lukey.  When he reached his goals, he shared his abilities and knowledge with his younger brothers.  They too, have become capable participants far beyond their years.

Luke loved animals as a little boy, so much so that he couldn’t bear that even a creature as small as a caterpillar should suffer.  He attempted and succeeded in saving the lives of many tiny critters including birds, lizards, and a caterpillar he named Carl.  In choosing the animal love of his life, it would probably be the horse.  He truly was born with a deep reverence for the majesty of horses.  He collected horse figurines, and cowboy clothes.  His room was cowboy this, and horse that, in every nook and cranny, and on every wall.  He learned how to ride, and how to care for a horse.  As he grew older, and his interests evolved, there was no time to ride.  As it turned out, it was a good thing that he never owned a horse.

Another hobby which Luke acquired was photography.  Although he became quite a proficient photographer, taking baptism, wedding, and family photos, his best work was that of nature and the outdoors.  Those photos were captured to document his adventures, and to express his deep appreciation for God’s beautiful earth.  Ironically, Luke made a video not too long ago entitled “My Life.”

Luke started his education at Benjamin Franklin and was finishing his high school years at Higley HS, where he was currently a Junior.  But his bright personality and joyful spirit were felt far beyond the school walls. It is evident that he influenced many lives for good.  He was never happy being alone.  Luke’s greatest passion was people, and he never held back his affection and feeling for everyone.  Luke Knight never met a stranger.  He connected with others young and old.  He readily forgave and never judged. He loved to express his thoughts and feelings.  You always knew what was on his mind. The Lord must need his special gifts desperately on the other side.

As Luke grew older, he discovered his desire to become an island boy.  He loved the ocean, and anything to do with surfing or wakeboarding.  He yearned for the sun on his face, wind in his blonde hair, and sand between his toes.  He wanted to travel the world in one grand adventure after another, with his friends at his side.  He had big plans to fulfill his goals and dreams; we know he would have accomplished whatever he chose.

Luke continued to give until the end.  He donated his young, healthy organs, to save the lives of five, giving several organs to a few, who would have otherwise not survived.

Luke lived life to the fullest, not wanting to miss a single minute.  He was at the center of all holidays, special occasions, and family gatherings.  There was never a dull moment when he was included.  For his family and friends, life will never be the same.  He will be deeply and sorely missed.  His loved ones find solace in knowing that in eternity, they will hold him in their arms once again.  Luke leaves behind his loving parents, Jaime and Jeremy Prahl, and four adoring brothers, Kohl 19, Tate 10, Cade 8 and Kash 6.  He also leaves his great grandmothers Leah Crossgrove and Cherrill Knight; his grandparents, Stephen and Niki Naylor, Kevin and Sydney Knight, and Gary and Peggy Prahl, along with many close aunts, uncles, cousins, extended family members, and dear friends.  We will cherish our memories of you forever, Luke!  We love you!