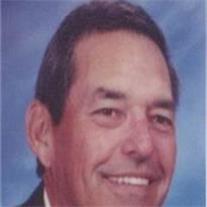 HOFFMAN, STEPHEN EDWARD (STEVE), 71 of Scottsdale, Arizona passed away October 20, 2012 peacefully at his home. Steve was born August 21, 1941 in Manitowoc Wisconsin to Dr. George and Ruth Hoffman. Steve was preceded in death by his Mom and Dad. He is survived by his wife Sandie, and their 2 children. His son Mike Hoffman and his wife Maggie of Scottsdale Arizona, his daughter Trish Hoffman Drysdale and her husband Michael of Albuquerque New Mexico and one granddaughter Natalie Hoffman of Scottsdale Arizona.

Steve attended St. John’s Northwestern Military Academy, continued his education at the University of Wisconsin receiving his Bachelor of Science degree and then attended the University of Utah earning his Master degree in Physics.

Steve began his professional career as a teacher in Green Bay, Wisconsin, he taught for several years in Port Washington, Wisconsin. In 1970 he transitioned his career into the insurance industry. In 1979 Steve moved his family to Arizona and started Arizona Benefit Plans, Inc. Soon after California, Nevada, and New Mexico Benefit Plans followed and flourished into 42 years of success in the insurance business.

The family requests in lieu of flowers donations be made in his name to St. John’s Northwestern Military Academy at 1101 Genesee Street, Delafield, Wisconsin 53018 www.sjnma.org