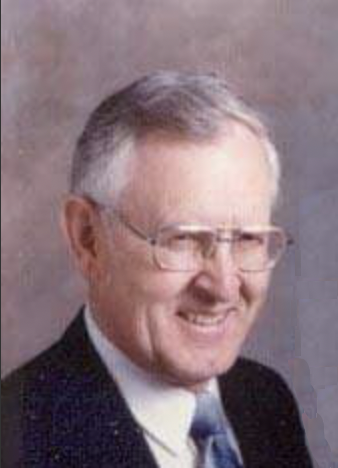 Stanley Reid Hurst, a resident of Mesa, AZ, passed away on Tuesday, October 6, 2020. He was born on February 20, 1925, in Brooklyn, New York to parents Delora Reid and Guy Harold Hurst. He graduated from Ogden High School, attended Weber College, and earned a Bachelor of Science (BS) and Master of Science (MS) degrees from the University of Utah; further attesting to his excellent mind, he earned a Doctorate of Science (D.Sc.) from Massachusetts Institute of Technology (MIT) in the field of Electrical Engineering.

Stan served honorably in the Army during World War II in the Army Special Training Program.

Professionally, he worked primarily in the Aerospace industry. First at General Electric in the Valley Forge, PA area, and mostly at Martin-Marietta Aerospace in Littleton, CO, from which he retired. His projects involved satellite communications, components of the Viking Mars Lander, as well as Top-Secret work for the US Government.
Stan was a life-long member of the Church of Jesus Christ of Latter-day Saints and served faithfully in many capacities, including: Seminary Teacher; Bishop of Valley Forge, PA Ward on October 16, 1960 (set apart by Sterling W. Sill); 2nd Counselor in the Presidency of the Columbine, CO, Stake, December 7, 1980.

In 2007, he and his wife Shirley served a Church mission in the Illinois Nauvoo Temple Mission; and finally as Temple Ordinance Worker and Sealer from 11 January, 1991 to 18 May, 2016.

Stan loved good music, whether it be a musical such as the “Fantasticks”, “Don Quixote”, “Oklahoma”, “Annie get Your Gun”, and many more; or classical piano (which he played), or vocal music. With his love of this genre, he spearheaded the creation of the semi-professional Colorado Mormon Chorale; it grew to be a very successful and sought-after organization due to the quality of its performances.

Stan was always kind, caring, and patient with others. He possessed a keen and dry wit; humorous stories, puns, treasure hunts, and “dad” jokes are memories that will be greatly missed.

Stan was also a dedicated participant in community affairs such as Kiwanis Club, and gave many years of service in the Boy Scouts of America, from which he completed his “ticket” as an Owl.

Stan was a wonderful patriarch to his rapidly growing posterity. He held reunions, told stories, visited as many of his grandchildren as possible for important events in their lives, such as baptism. He taught his children and posterity by example how to live the Gospel of Jesus Christ through righteously serving his family and serving others.

Stan is preceded in death by his parents, brother Kenneth Hal Hurst, and Grandson Joshua Harrison.