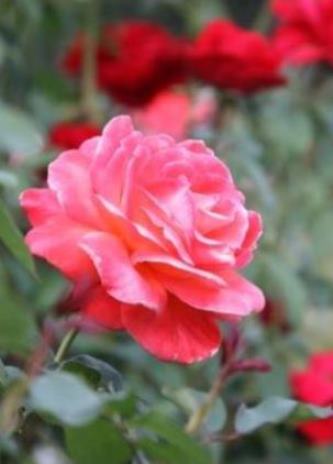 Shirley June Hoppa Muise passed away at her home on April 19, 2018 at the age of 87. She was the loving wife of James B. Muise who preceded her in death.

Shirley was born on September 9, 1930 in Breckinridge, Minnesota, the only child to loving parents Victor Hoppa and Ruth Osborne Hoppa.

On Monday, April 30th Shirley’s funeral will be held at Willowbrook United Methodist Church at 19390 N 99th Ave. Sun City, Az, 85373. A one hour viewing will begin at 9AM, followed by the church service at 10AM. She will be buried with her husband at the National Memorial Cemetery of Arizona.

Shirley’s grew up in Minnesota and moved to Whittier, California in the fifties where she met and married her husband of over 50 years James. Together they traveled extensively and lived in several places including New York, San Francisco, India, and Page, Arizona, prior to settling in Sun City. She was active in the Sun City Players and the Aqua Sun Swim Team. She volunteered as a poll worker for all major elections. Shirley loved the Arizona climate for over 40 years.

Shirley was an organized and efficient person. She was employed as an administrative secretary, security manager, and school secretary at various businesses. She worked for the Goodyear Company in Goodyear, AZ in the 70’s and 80’s where she was highly regarded. She often spoke about her experiences with humor and candor. Her family especially enjoyed her antidotes about the time she and James spent in the country of India.

Shirley had a quick wit, no nonsense approach to life. While she professed to hate cooking and said her ideal home would be one without a kitchen, she was a wonderful cook and a delightful hostess.

She was a loving aunt to her nieces Madeleine Kempf Zimmerman of New Smyrna Beach, Florida and Christine Kempf of Cincinnati, Ohio. She will be greatly missed by her grandnieces Krista Zimmerman Super and Melissa Zimmerman as well as great grandnephew Nick Super and great grandniece Brooke Super. The family of Judge Robert Spears, her cousin in Minnesota, his wife Margo and children Connor and Hannah, fondly care for and remember Shirley. Shirley’s many friends and acquaintances will also miss her infectious laugh.

In lieu of flowers memorial donations are requested for Handi-Capables and
mailed to 10118 West Deanne Dr., Sun City, AZ 85351.