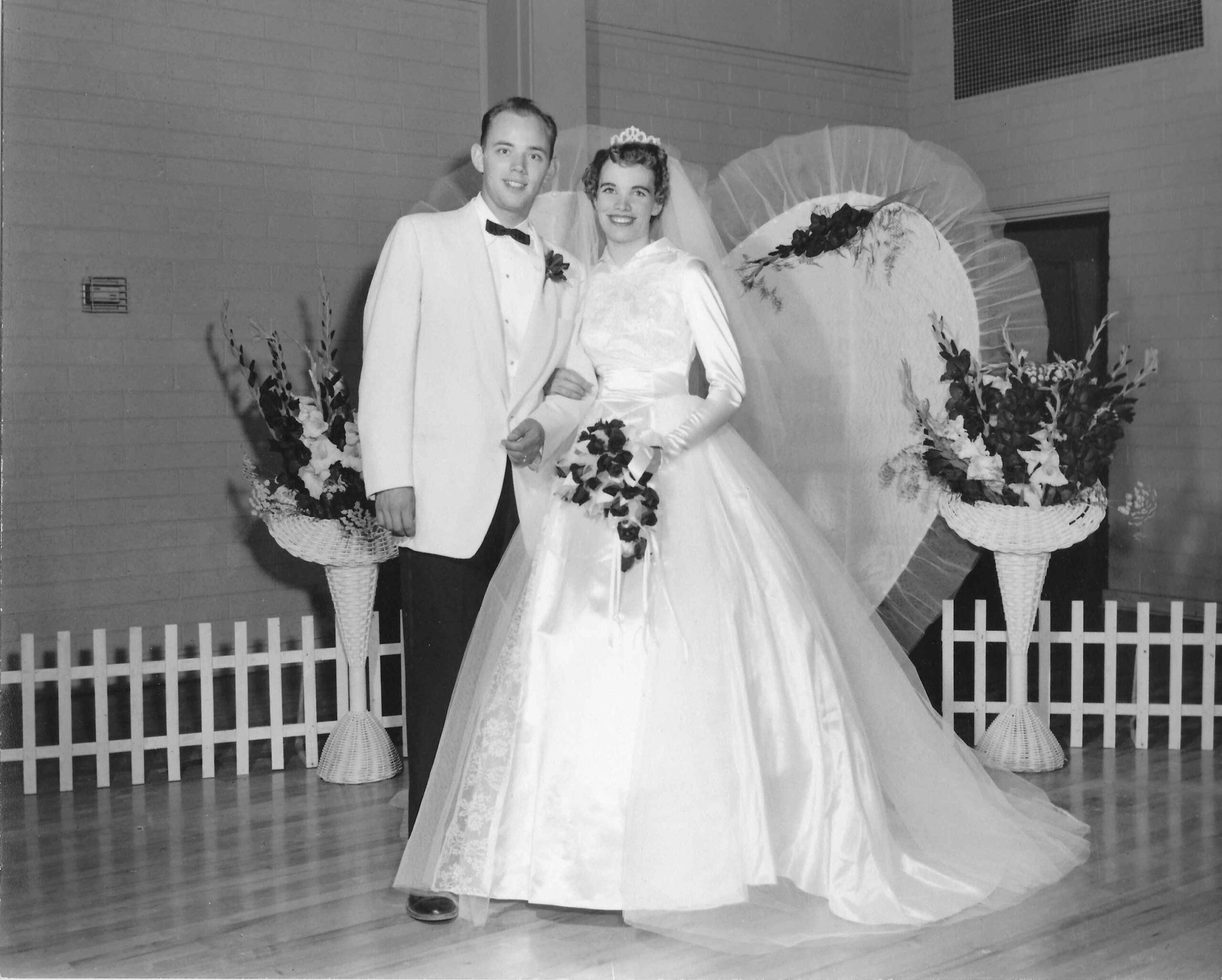 Shirlene Lee was born in Mesa, AZ on April 23, 1939 to loving parents, Eddie Charles and Verna Lewis. She was the second child of six. First came Marilyn who died as an infant, then Shirlene, then Wayne J., followed by Eddie Verlyn, who was stillborn. Lynelle was then born, and finally Jerry Lynn who also died as an infant. In her early years, she moved around the country and lived in El Paso, Texas, and Tennessee due to her dad’s job as a gas truck deliverer.

The family moved back to Mesa, Arizona when she was six years old. She loved living on “Lewis Lane” where all of her aunts and uncles lived. Her cousins meant everything to her, and she enjoyed hanging out with them. Based upon her dad’s job, it was time to move again and they ended up in Albuquerque, New Mexico. Even though she would have rather stayed in Mesa, she made many lifelong friends.

Mom had just broken off an engagement, when she met her future husband, Paul Michael Lee, who was in the Air Force. He proposed after only two weeks but she said, “No!” In the meantime, Mike was welcomed into the family with open arms. After dating him for awhile, she realized that she loved him but he wasn’t going to ask again , so she had to be sneaky and help him ask her again. That time, she said, “Yes,” and they were sealed in the Mesa Temple on May 16, 1958.

Their first daughter, Michelle was born in Albuquerque, and then they moved to San Jose, California where Shirlene made many friends and was well known for throwing parties for their young married friends. While there, her second daughter, Cindy Lorene was born. They only stayed for a few more months, when Mike was offered a job at Motorola in Arizona, so off they went again. Shirlene was happy to get back to the Valley, and they moved into a home in Tempe, AZ. Kristine Joy was born almost eight years later after many miscarriages.

Mom had many church callings in the Church of Jesus Christ of Latter-Day Saints, which included working with the children, teens, and the women. Shirlene was even a Den Mother even though she didn’t have any sons. The calling she is most remembered for was being the Activity Chairman. She had that calling in three separate wards. She always gave credit to her wonderful committee members for their success.

Shirlene had many qualities that drew people to her. Her beautiful smile was what her husband claimed made him fall in love with her. She was also a wonderful listener. Her daughters said that she was always there for them and listened to everything they had to say even through their adult years. It wasn’t uncommon to see young children including her nieces and nephews hanging around her telling her all kinds of things while she listened intently. She was the same with adults too. It was one of her greatest qualities.

Even though her last years had been filled with health issues, she had a good attitude and especially when she needed to have her daughter, Krissy as a caregiver. She never wanted to be a burden and she wasn’t. Her family will greatly miss her.