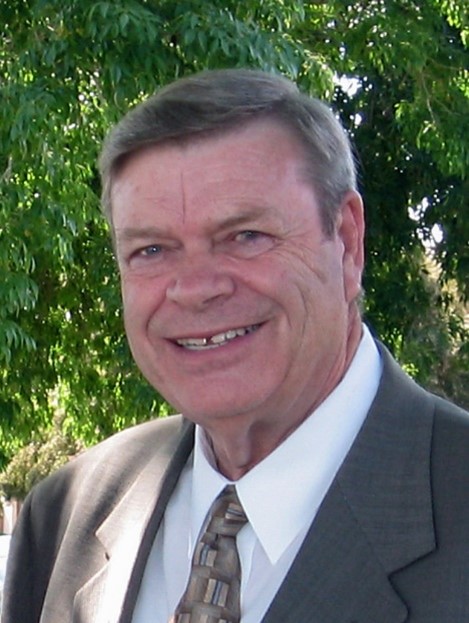 Sherril Allan Harmon of Mesa, Arizona passed away peacefully at his home on Sunday, March 28, 2021, at the age of 83. He was preceded in death by his parents; siblings, Euleta Merrill and Darwin; and daughter, Xana.  He is survived by seven siblings: LaRue Reay, Thomas, Wayne, Mozelle Szymanski, Dean, Orlo and Joyce Livingston. He is also survived by his wife of nearly 62 years, Irene Rose Denison Harmon; six children: Trudy Fjeldsted, Laurel Cronin, Pamela Nielson, Lanett Ho Ching, Corwin Harmon and Sherlene Harmon; 23 grandchildren and 43 great-grandchildren.

Sherril was born on September 6, 1937 to Leland Elroy Harmon and Lucile Houtz Harmon in Price, Utah, which was settled by his paternal great-grandparents (Horsley) in mid-1880.  At a young age, he participated in 4-H club and scouting, earning awards and merit badges and becoming an Eagle Scout.  Sherril learned to work hard at the family rabbit farm, distributed 150 newspapers by bicycle and rebuilt a Ford engine. He learned to play the piano and sang in school choirs, where he met his life-long sweetheart, Irene. He did well in school and earned a 4-year scholarship for college.

In June of 1959, Sherril received a Bachelor’s degree in Electrical Engineering from the University of Utah.  A few days later, Sherril and Irene were married and sealed for eternity in the Manti, Utah LDS Temple.  Together they drove across the country to New York, where Sherril started a 3-year graduate program with General Electric.  As part of a rotation program, they moved to Cincinnati, Ohio, where Trudy was born in 1960.  Then, they moved to Schenectady, New York, where Laurel was born in 1962.

Upon completion of the graduate program, Sherril continued with GE, choosing a job in Phoenix, Arizona to be closer to family. Here, two more daughters were born — Pamela in 1964 and Lanett in 1966.   Sherril received a total of 12 patents for his computer work at GE.  A new opportunity, working for General Automation, brought the family to Tustin, California where Corwin was born in 1970.

Sherril was a beloved father, grandfather and great-grandfather, who dedicated his life to helping others and serving as a member of The Church of Jesus Christ of Latter-day Saints. He held many positions in scouting and earned the prestigious Silver Beaver Award for his service. Sherril served in various leadership positions in the church, including stake young men’s president, high councilor and bishop.  After retiring, Sherril served a mission at the Mesa Regional Family History Center, where he served over 12 years — first as a volunteer, then as a formal missionary and finally as director with his beloved wife, Irene.

This gentle, caring, wise and wonderful patriarch cherished his large family above all else.  Sherril will forever be remembered for his big smile, kind heart, sense of humor, ability to fix anything, patience, warm embrace and unconditional love.