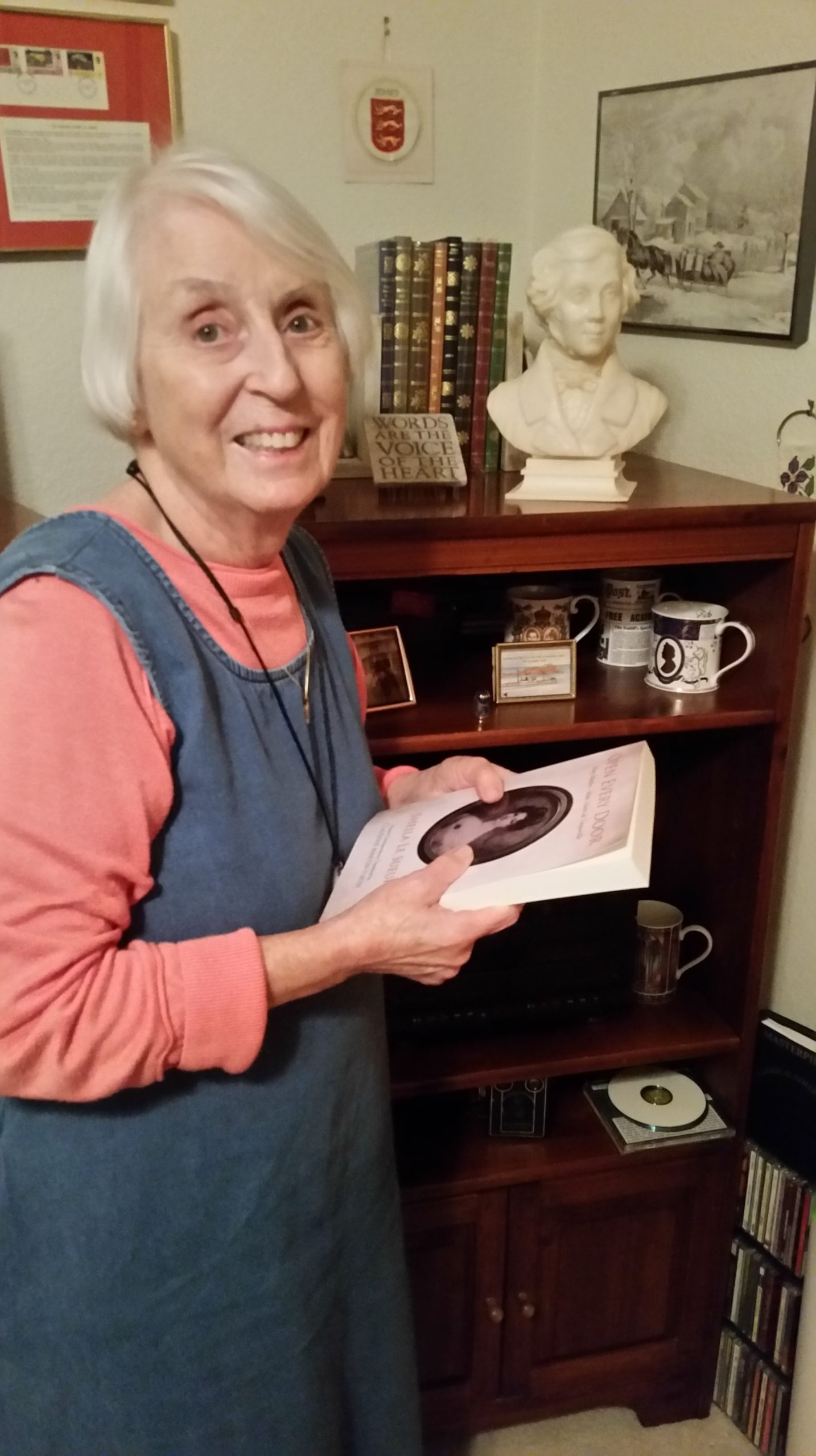 Sheila Le Sueur was born June 1, 1927 in Jersey Channel Island, UK. This island was occupied by the Nazis during WWII for five years (age 13 to 18). Five months after liberation, she started nurses training at The London Hospital. She was very proud to be a member of the League of Nurses. In 1952, she emigrated to Detroit, MI where she spent most of her nursing career at Bon Secours Hospital in Grosse Pointe. She was particularly proud of her role in the new field of coronary care. In 1977, she moved to Arizona to be with family. She worked another 15 years with the last six as a Hospice nurse. She loved being a nurse, especially her time at Bon Secours and Hospice; she recalled fondly many of the staff and patients that played instrumental roles in her life and in her memories.

Sheila was always interested in American politics. While in retirement, watching C-Span, she saw a series about Alexis de Tocqueville which ignited a desire for her to know more about his wife, Mary Mottley. That simple desire turned into a 20 year quest which included several trips to France, England, and Washington DC to research the Mottley family. While retired, Sheila learned to use a computer and ended up writing three books: one on her experience at Bon Secours, one on her love of both Jersey and the USA, and one on Mary Mottley (she often said the historians ignored her even though she had great influence on her husband, Alexis).

She is survived by her sister Anne, as well as her four nieces: Sheila, Patricia, Michele, Alison, and her nephew Matthew. She remained independent to the end. God speed, Sheila.

Sheila’s ashes will be taken to her beloved Jersey Channel Island in May for burial. And her last wish for all who read this – is that you do something nice for someone else.