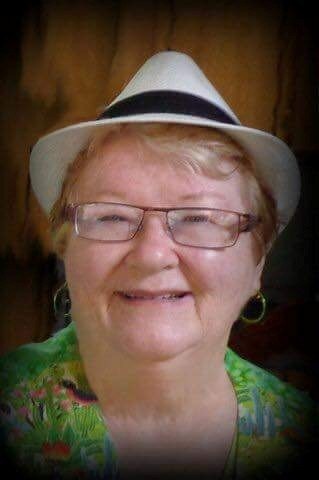 Sharon (Sheri) Ann Lee, age 73, of Pagosa Springs, CO, passed away on Saturday, July 23, 2016, in Phoenix, Arizona. She was born on November 11, 1942, in Mauston, Wisconsin, the daughter of Robert and Vesta (Barto) Hendricks of Tomah Wisconsin. Sheri grew up in Tomah and graduated from high school there in 1960. Upon graduation, she attended Marquette, LaCrosse State College and the University of Wisconsin, Madison, studying chemistry and pharmacy. While at the UW, she met her future husband of 51 years, Robert Hugh Lee. They were married on February 6, 1965, in Tomah.  Bob’s career first took them to Rochester, Minnesota, where Sheri worked for Northwest Bell Telephone Company.  They next moved to San Jose, California, for several years and then on to Tucson, AZ. While living in Tucson, Sheri sold real estate and returned to school at the University of Arizona earning a mechanical engineering degree.  After retirement, they moved to Pagosa Springs, CO. Through the years Sheri has enjoyed many interesting hobbies. She spent many hours researching both her and Bob’s family genealogy.  Sheri was a member of the Mayflower Society and DAR. Sheri enjoyed tennis, skiing, and camping in her younger years and more recently spent many hours doing quilting projects. She was an active member of the United Methodist Church in Pagosa Springs and served as chairperson of the church council. Sheri is survived by her husband;  mother;  sister, Suzie Janney of Tomah; niece, Danñe Parker; nephew, Blake Herlick; and extended family and friends. She was preceded in death by her father. A celebration of Sheri’s life will be held at Community United Methodist Church in Pagosa Springs, CO on August 6, 2016, at 11 a.m. with a luncheon to follow. Memorials may be made to the Community United Methodist Food Pantry, PO Box 300, Pagosa Springs, CO  81147 or to Habitat for Humanity of Archuleta County, 703 San Juan Street, PO Box 2827, Pagosa Springs, CO 81147. A memorial service will be held at United Methodist Church in Tomah, WI at a later date.  On line condolences may be made at www.bunkerfuneral.com, Bunker Family Funeral, Mesa, AZ.