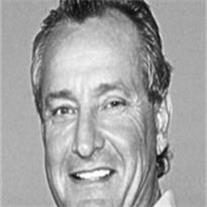 Scott William Wilson, devoted husband, loving father, fun-loving grandfather and loyal friend sadly passed away Tuesday May 5th 2009. Scott was born November 19, 1953 in Racine, Wisconsin. After graduation he moved to Colorado where he met and married his soul mate Karen Ihrig in 1976 and began their family in 1979. He worked for Exeter Drilling during that time. In 1988 they moved to Mesa, Arizona where he began his career in aviation. For the past 18 years he was employed by and had a LUV for Southwest Airlines. Scott had a passion for learning and a talent for fixing things. He enjoyed being with family and friends, being a jokester, riding motorcycles, scuba diving, golfing, traveling, and volunteering his time to MASD and Special Olympics. Scott was preceded in death by his parents William and Dolores Wilson (né Tilton) and his sister Marcia Ballinger. He is survived by Karen Wilson, his wife of 33 years, his son Justin Wilson, his daughter Mindi (Wilson) Cadden, son-in-law Ryan Cadden and beautiful grand-daughters Madison, Piper and Tatum. He is also survived by his six siblings Dennis, Craig, Karen Lehman, Brian, Jeri, and Loretta Norris, and many nieces and nephews. A visitation will be held from 6 – 8pm on Wed. May 13, 2009 at Bunker’s Garden Chapel located at 33 North Centennial Way, Mesa, 85201. Funeral Services will be Thurs., May 14th, 2009 at 2pm at St. Timothy’s Catholic Church located at 1730 W. Guadalupe Rd. Mesa, 85202. In lieu of flowers please consider a donation to the Mesa Association of Sports for the Disabled (MASD). MASD P.O. BOX 4727 Mesa, AZ 85211-4727.