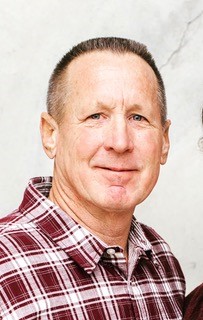 Scott Edward Clouse, after a courageous battle with depression, left this life on January 6th, 2020 at the age of 57.  He was born into a loving family on March 29th, 1962 in Mesa, Arizona. He lived in Gilbert Arizona for the past 22 years.  Scott is survived by his wife of 35 years, Angie Wilkins Clouse and five beautiful children and their spouses, Dustin Clouse (Heather), Alicia Durette (Brian), Weston Clouse (Darian), Savanna Clouse and Larissa O’Toole (Brian) and six wonderful grandchildren, Kayla, Cooper, Indy, Briar, Kenzie and Kara.  Scott was preceded in death by his mother, Sharon Schlink, and is survived by his Father Larry Clouse (Revis) and seven siblings, Curtis Clouse (Denise), Russell Clouse (Shelle), Susan Wadsworth (Mike), Terry Thomas (David), Kathy Smith (Wayne), Gayle Standage (Richard), and Carla Spear (Dave).  He grew up in Mesa and graduated from Mesa High School in 1980.  He served a mission for the Church of Jesus Christ of Latter Day Saints in Ecuador in the early 80’s and still has cherished friendships from the people he served.  Scott lived a life of serving others and loving his family.  Many benefited from his skills as a master craftsman.  His woodworking and cabinetry talents have beautified many of his friends homes including his own.  He served in many capacities in the church and loved working with the youth at Boys and Girl’s camps, cooking many delicious meals that are still talked about to this day. He was an avid hunter and outdoors-man and had many cherished memories with his children and friends.  His appreciation for nature was so beautiful to watch.  Another passion was the Clouse Family Farm at his home.  He had many friends (animals) that he cared for, chickens, pigeons, peacocks, goats, and turtles.  He fed and nurtured them everyday.  He was known as farmer Scott.  He had an orchard of citrus that allowed him to juice orange juice and give to many family and friends each season.  Scott was a true friend who was loyal, selfless, helpful, and would do anything for anyone.  He was dedicated to his family, work, church and doing good to others.  We will miss Scott with all our heart as he touched many lives in his life and will be missed dearly by his family and friends.  Scott will be in our hearts forever and “because someone we love is in heaven, there’s a little bit of heaven in our home”.