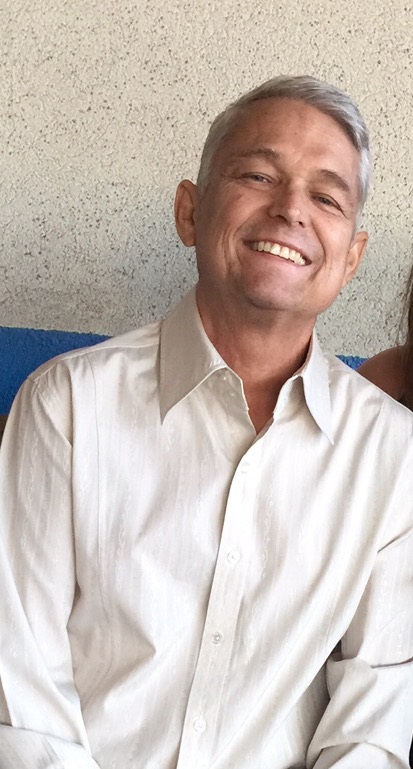 Scott David Dumas, 57, of Mesa, Arizona passed away on December 14, 2015 at his home surrounded by family and friends.

A celebration of the closure of his life here with us, and the start of his new eternal life up above will  take place with his Funeral Mass at 10:00 AM; Monday, December 21, 2015 at All Saints Catholic Church, 1534 N. Recker Rd. in Mesa. The burial of his remains at the mesa cemetery will follow at 12 pm following the service. Friends and family will come together for food and drinks at 7328 E Flower Ave, Mesa AZ 85208 to share stories and celebrate his life.

Scott, was born on September 25th 1958 in Danbury Ct , and traveled with his family to Mesa Arizona where he went to high school at Mesa High and Mountain View High school graduating class of 1977. After high school he Married Cindy Bray and had 3 children, Bryan Scott, Kristen Elizabeth, and Chad David Dumas. He ran his own cabinetry business and then sold it to spend more time with his kids, and became a sales representative for US Industrial fasteners. Woodworking was his passion, he always had the next big project planned that he wanted to accomplish one after another. Whether he was redoing a kitchen or a bathroom, or installing new shelves in his kids rooms, it was all hand done, measured twice,  cut once, his way or the highway, quality work. To relax and let loose he would be seen at the poker tables not only winning but also being the life of the table. He was known as a jokester, always with a pun and a smile. He will forever be a one of a kind Father, Son, Brother, Uncle, Nephew and Friend. He leaves behind his children , his two brothers Troy and Earl Dumas and two sisters Brenda Jansen, and Sabrina Martinez, and his parents Earl and Elizabeth Dumas.

The family requests that, in lieu of flowers, donations in memory of Scott Dumas be made to the Cancer Research Institute, One Exchange Plaza, 55 Broadway, Suite 1802, New York, NY 10006, or by calling (800) 99-CANCER or donating online at www.cancerresearch.org.