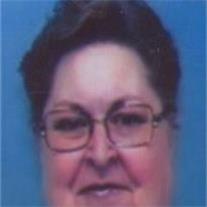 Close, Sandra Aileen (Hatch), 64, of Mesa, Arizona, passed away peacefully on March 16, 2011 after a very courageous four year battle with cancer. She was born on March 9, 1947 in Moab, Utah. Sandy is preceded in death by her parents James and Eva Hatch. She is survived by her husband of 43 years William S. Close II; son and daughter-in-law Billy and Kim; daughter and son-in-law Jayme and Alex Harris and grandson Jensen. She graduated from Borah HS in Boise, Idaho. Sandy was a treasured team member at ASU Gammage for 15 years. She was a lifelong member of the LDS Church and dedicated many years of service at various callings. Her life will be celebrated on Monday, March 21 with visitation at 9:30 a.m. followed by a funeral service at 11 a.m. at Lehi Crossing LDS Chapel, 2701 East Lehi Road, Mesa. She will be laid to rest on Tuesday, March 22 at 11 a.m. in Taylor, Arizona. Sandy will be dearly missed by her family and friends. Arrangements by Bunker’s Garden Chapel.