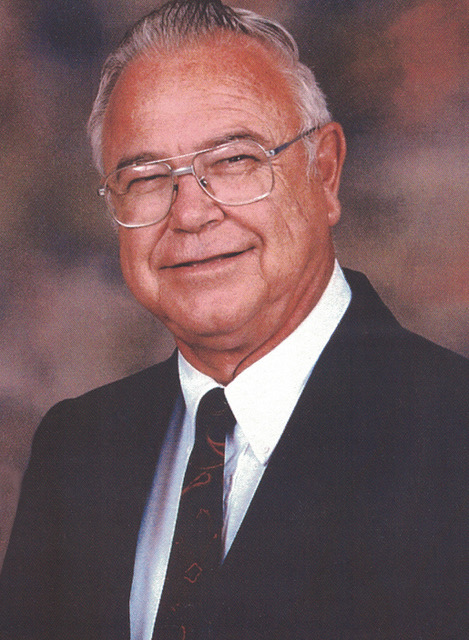 Samuel Ira Shreve, 86, passed away on July 12, 2018, from complications after back surgery.  He was surrounded by his loving family.

While there are no words that would do this great man justice, we as a family, are going to try to put into words some information about Sam, his life, and his accomplishments.

Sam was born in Farmington, Arkansas on July 27, 1931, to Samuel Henry Shreve and Gladys Anglin.  Sam’s family moved to Arizona when he was about 5 years old.  The family lived in Gilbert or surrounding areas for many years helping farmers in the area to grow crops.  At a young age, Sam farmed a piece of land that a neighbor gave him where he raised many, many chickens.  When he decided to enlist in the United States Air Force, he had 100 fryers that he sold to Bashas’ grocers.

The family gave him the nickname of “Bud”.  His Gilbert High School friends knew him as “Ira” which is his middle name.  The military of course used the first name of “Samuel”.  He excelled in all high school sports and carried his love for baseball into the military where he was a pitcher at most of the bases where he and his family lived.   In the Air Force, Sam specialized in the areas of Cryptology and Communications.  He retired in 1972 after 21 years of service.

Sam married Leona Flake Hayes in 1978 five years after the passing of her husband, Max Hayes.  Her seven children instantly became his family as he did not believe in the term of “stepchildren” and he was an amazing father.  All nine children are presently living – Sheri Russon (Tom), Linda Pomper (Ray), Jolaine Chatham (Bruce), Karen Johnston (Max), Eileen Hayes, Royd Hayes (Nicole) and Alan Hayes.

Sam’s second career as a Transportation Foreman was with the Gilbert School District.  He built lasting friendships with many people that worked in the district and was endeared by all.  After Sam and Leona both retired from Gilbert School District, they pursued travel for work, for pleasure, and for volunteer efforts.  Some of these assignments were in Grenada, West Indies, Guyana, South America, Palestine West Bank and two extended months in Malawi, Africa with the Department of Health assisting in Humanitarian Efforts.

He is survived by his wife of 40 years, Leona, nine children and spouses, 32 grandchildren, 21 great-grandchildren, his brother, Norman Shreve, and countless friends.  Sam was a devoted husband, father, and friend.  He was loved by many and will be greatly missed.

Services will be held Saturday, July 21, 2018, at The Church of Jesus Christ of Latter-Day Saints / Emerald Bay Ward at 1483 N. Driftwood in Gilbert, AZ.   Visitation will be at 9:00 a.m. Services will follow at 10:00 a.m. Burial will take place at Mesa Cemetery with Military Honors.  Arrangements are being handled by Bunker Mortuary, 33 N Centennial Way, Mesa, AZ.