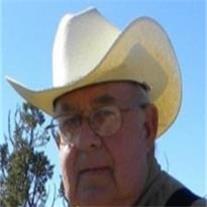 Samuel C. Bunger was born 7/7/1940, and passed away from this world on 9/21/2013. He celebrated 46 years of marriage to his devoted and faithful wife Diane. They raised three daughters; Christine Cheesman, Cathlene Klippert, and Sasha Bunger. He was the proud Grandfather of: Greg Klippert, KC Klippert, and Holly Cheesman. He is also survived by two sisters: Mildred Benesch of Mesa, AZ and Jean Newman of Eagle River, AK; Sister-in-law: Mary Ellen Edelman of Phoenix, AZ as well as many nieces and nephews whom he loved dearly.

Sam loved the great outdoors and was an avid hunter (bow and rifle). He was a Senior Olympian Gold Medalist in Archery and often participated in competition shooting. His love of the outdoors inspired him to design and build with his own hands a home where he and Diane spent many years in Happy Jack, AZ. He was an Electronics Engineer and gave thanks to his experience in the US Navy for skills he learned that helped shape his career. Sam often joked that his fingerprint is on the moon because of his work designing and building components used during the NASA Apollo Missions.

Family was very important to Sam and they were with him as well as his loyal canine companion Raven as he passed. A loving Husband, Father, Grandfather, Brother, Uncle and one hell of a great friend, he will truly be missed.

In lieu of flowers the family has asked for donations to Hospice of the Valley or Missing in America Project.