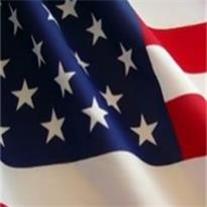 Russell Wayne Rusk died November 30, 2012 in Mesa, AZ. He was born July 26, 1929 to Chester and Neoma Ruth Taylor Rusk in Rolla, KS. Russell married his sweetheart, Sybil Crandell on May 27, 1955 in Mesa, AZ. Their marriage was later solemnized in the Mesa, AZ LDS Temple.

He served his country as a diesel engineer in the US Navy from 1949-1953, spending much of his enlisted time in Korea during that conflict. Russell was a founding member of the Arizona Fire Mechanical Association and a fulltime charter member of the Tempe Fire Department. He served that community with honor and distinction, retiring in 1990.

Russell is survived by his wife of 57 years, Sybil Crandell Rusk and children Don (Joy), Alicia (Terry) Fair, Jim (Liz) and Donita Eade. Twelve grandchildren and 16 great-grandchildren also survive. While Russell was a man of few words, his strength of character was evident in his actions. He was a devoted husband, father, grandfather and friend. He will be greatly missed!

A viewing will be held Friday, December 7, 2012 from 6-8pm at the Lindsay LDS Ward, 1150 N Lindsay Rd in Gilbert, AZ. Funeral services will be Saturday, December 8, 2012 at 10am with a viewing prior at 9am. Interment will be in the Mesa City Cemetery.