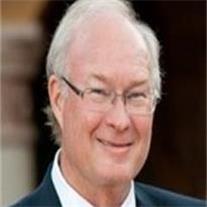 Russell D Jorgensen, 62, of Mesa, Arizona passed away June 10th, surrounded by his family. Russ was born in 1951 in Evanston, WY and raised in Utah. He graduated from Davis High, Utah State University, and the University of Health Sciences in Kansas City, Missouri. Russ moved to Mesa, AZ to start his medical practice in 1985. He was an active member of the Church of Jesus Christ of Latter-day Saints, serving in many callings. He also was an avid amateur radio operator (N7TWG) with friends and contacts around the world. Russ is preceded in death by his mother Betty Ann Jorgensen. He is survived by his wife Vicki and their 5 children, Eric (Lynn), Heather, Ryan (Britney), Matthew (Rachel), Ashlee (Josh) Durrant, all of the Mesa area. Russ is also survived by father Ray Jorgensen, brothers Lynn (Sheryl) of Utah, Dale (Michelle) of Oregon, and sister LuAnn (Val) Morton of Utah. Russ and Vicki have 11 grandchildren including 2 on the way. Funeral services will be Saturday, June 15 at the LDS chapel at 1550 N. Val Vista in Mesa at 10 AM, proceeded by a visitation at 9 AM. A visitation will also be held Friday, from 6-8 PM at Bunker’s Garden Chapel, 33 N. Centennial Way, Mesa. In lieu of flowers, the family suggests donations to the LDS Missionary Fund or the American Heart Association.